After she was arrested for disorderly conduct two weeks ago, using the do-you-know-who-I-am? line on the police officer, TMZ obtained the police car dash cam video of Reese Witherspoon getting arrested.

The actress’ husband, Jim Toth, got arrested in Atlanta for a DUI after the couple had a bit too much to drink at a restaurant on April 19. Reese wasn’t too happy and decided to butt in during the arrest, landing behind bars for disorderly conduct.

In an interview with Good Morning America, she admitted to being too drunk at the time and to saying “all kinds of crazy things.” She wasn’t kidding.

Check out the crazy video above! 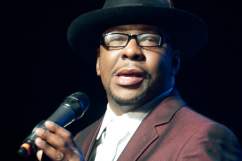