Amanda Bynes: I Have a Birth Defect http://t.co/WvAvXqnX4a

I was born with a webbing in between my eyes. That was a birth defect that I had surgically removed! I've never been more excited! Now I…

Ladies and gentlemen, do not be troubled. Amanda Bynes has a great explanation for her crazy behavior on Twitter for the past few months… Eye webbing! It’s exactly what it sounds like. And, apparently it has debilitated poor Amanda “for the past 27 years.” That’s funny, we don’t remember anything wrong with Amanda’s eyes back on 90’s Nickelodeon show All That. Regardless, last night Amanda tweeted this:

I consider myself to be a hero to have suffered 27 years with a birth defect and to just now have it surgically removed! I had to share my..

I was just embarrassed to share the fact that I had a birth defect. As soon as I had it removed I couldn't wait to talk about it!

…We are somewhat speechless. But as long as Amanda can finally be happy again after 27 years of eye-webbing that forced her to lash out at innocent people on Twitter, then that’s all that really matters. In fact, as time goes on in the celeb world we are getting more and more convinced that happiness comes not from an intimate place within oneself, but rather from costly surgeries that have the ability to correct our “every imperfection.” Or… at least Amanda thinks so. She added on Twitter:

I wanted to share my story with you to prove that I’m not crazy, I was just embarrassed. Surgery is a complete miracle for me— nothing can hold you back from living out your dreams. There’s a surgery for everything that’s wrong with you!

Good looking out! Today, Amanda gets an A+ for moral support. We’re just hoping her newly de-webbed eyes will shine brightly for the world as she considers spending the next few months apologizing to everyone she insulted over Twitter. Cheers!

Share this if you hope Amanda gets better soon!

In other news, Amanda has stated she will be attending Waka Flocka this June in Toronto!

Amanda Bynes is coming to Toronto during Pride Weekend on June 29/30th….. THIS IS GONNA BE GOOD!

Maybe some Pride Weekend fun will help Amanda steer clear of any unnecessary Twitter or surgery drama that might bring her down. 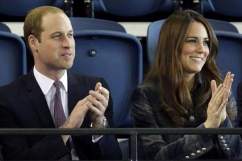 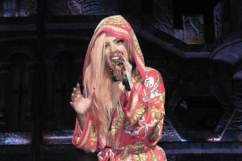 Tell all your buddies!

Share Tweet Email
Read More
Amanda Bynes, Celebrities, Medical, Plastic Surgery, Twitter
Amanda Bynes says the explanation for her recent strange behavior over Twitter is due to a case of eye-webbing that she has suffered for the past 27 years.