Miss Utah USA has a meltdown, and this one doesn’t include maps. Remember our classic word-fumbling Miss Teen USA 2007 contestant Lauren Caitlin Upton? Her answer was memorable “because, well… such as”. You get the point. Well, it looks as though this year’s Miss Utah USA, Marissa Powell, is following in her footsteps. Except, we’re not so sure it’s a good thing. This poor contestant’s turn was up to answer a question from the judges and not only did she choke, she just rambled until the words “create education better” eventually fell out of her mouth. Too bad they fell with a thump. It’s not uncommon for ladies to freeze up during pageant questions, as we’ve seen in the past, but it’s definitely embarrassing.

VIDEO: There is a new Miss Teen "everywhere like such as" South Carolina, and it is Miss Utah USA http://t.co/SlxXMabSXg

The judge’s question asked about income inequality between men and women across the country, but after the contestant’s first initial words, “I think we can relate this back to education…” it went downhill from there. And, after a response lasting the longest thirty seconds the audience will ever live, Powell simply smiled and tried to regather herself. For that we applaud her. However, unfortunately the damage was already done.

Watch the live footage of Miss Utah’s answer below!

Despite Powell’s weak and anxiety-stricken answer for the judges, we can safely assume that an answer to her question exists somewhere out there. 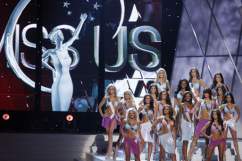 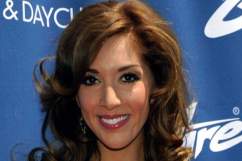