Rapper J. Cole recently apologized for using autism as a pun in a in a verse he contributed to Drake’s Jodeci Freestyle, reports the Daily News.

Cole wrote in a blog post that he doesn’t agree with the trend in pressure for rappers to apologize for an offensive line, but says that his lyric went too far. Cole said that he realized what he said was wrong when he first saw a comment from someone outraged by the lyric.

“To the parents who are fighting through the frustrations that must come with raising a child with severe autism, finding strength and patience that they never knew they had; to the college student with Asperger’s syndrome; to all those overcoming autism,” Cole wrote. “You deserve medals, not disrespect. I hope you accept my sincere apology.”

In Drake’s song, Cole raps that he’s “artistic” while his rivals are “autistic, retarded.” Drake has also apologized for the lyric.

“I was instantly embarrassed that I would be ignorant enough say something so hurtful,” Cole wrote. “What makes the crime worse is that I should have known better.”

The organization Autism Speaks criticized the lyrics saying they are “offensive and perpetuate negative stereotypes.”

Blogger Lou Melgarejo, whose daughter has autism, asked the two artists to consider the impact of their words.

“Ultimately, you are free to say/rap/sing whatever you want,” Melgarejo wrote. “I am just asking that you please stop insulting those who often cannot defend themselves.” 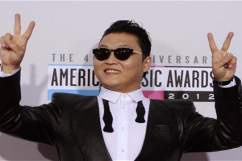