The past few months have definitely been rocky for Lamar Odom … with cheating scandals, divorce rumors, claims of drug abuse, and now he’s missing?! Here are the 5 Fast Facts surrounding Odom’s “disappearance”.

1. Lamar’s Loved Ones Fear He’s Off on a Drug Bender

Where is Lamar Odom?

According to the New York Post, Lamar Odom has not been seen for three days and those close to the basketball/reality star fear that he’s on a drug binge. Apparently, no one has been able to contact Lamar for 72 hours.

2. It Was Reported that Lamar Is a Crack Cocaine Addict

Sadly, news broke yesterday on TMZ that Lamar Odom has struggled with a drug problem for the last two years. Wife Khloe Kardashian supposedly insisted that husband Lamar go to rehab last August. Fortunately, Lamar agreed, but left the San Diego facility after only three weeks. It’s rumored that Khloe had hired a private investigator to stake out the facility in case Lamar tried to leave even earlier. TMZ states:

Sources say Lamar’s crack use was extreme before he went to rehab, but he cleaned up his act during the basketball season that just ended. Sources say shortly after he hung up his jersey, he started again with a bang.

In the past, Lamar has admitted to smoking marijuana, but the thought of crack cocaine is truly upsetting.

3. Lamar Bolted After an Intervention

Allegedly, Khloe, along with her family, tried to stage an intervention for Lamar and he refused. Supposedly, Lamar doesn’t believe he has a problem. A source told People that:

Lamar genuinely doesn’t think he has a problem – it’s all ‘work hard then party hard’ with him until it goes off the rails. They really do love each other. But she really feels that this problem is out of control, and she’s hurt that he won’t get help.

4. Wife Khloe Is at Her Wits End

Really hard to sit here and listen to people talk shit about my family! Fuck you and shame on you! I'm too protective for this shit!

Apparently, Khloe Kardashian has been suffering through trying to save her husband for too long. Sources told People:

It’s a really hard time for Khloé. She’s kept this secret for almost two years trying to save Lamar and their marriage.

5. Fans Are Pulling For Lamar and Khloe

Fans are in support of Lamar Odom and Khloe Kardashian in every way. They pray for the couple’s marriage, well-being, and health. Their fans also pray that all of these stories circulating about the couple aren’t true. Lamar and Khloe have not been publicly spotted since the beginning of June. Let’s hope they can pull through this.

If Lamar Odom and Kourtney Kardashian can't make it, then when are doomed as a society.

I really hope that all of this stuff that's going around about Lamar Odom is not true. If it is true, my prayers are with him & his family 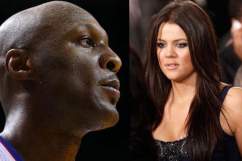 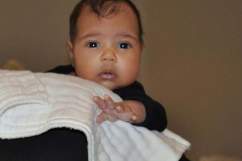