Ariana Grande and Mika performed live on Dancing With the Stars tonight, singing their hit “Popular.” Ariana is a true talent with an amazing voice … She’s also adorable as she sported a pair of cat ears for her performance on DWTS.

Now enjoy some of the Vines below.

Now check out some of the excited DWTS tweets about Grande’s appearance on the show below.

Everybody vote for Elizabeth!! love U “@ElizBerkley: Looking forward to seeing Ariana perform on #DWTS tonight! What an incredible talent”

For more news on Ariana Grande: 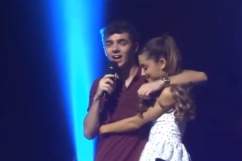 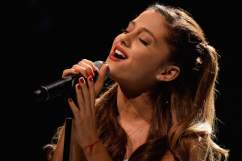