Welcome @juliannehough to the ballroom! #DWTS

Guess who’s back on Dancing With the Stars? Julianne Hough fills in for judge Len, appearing on the judges’ panel rather than the dance floor. Though she was doing a great job as guest judge, Hough couldn’t control herself when celebrity contestant Brant Daugherty took off his shirt.

In the below video, watch the opening number as Hough gives us a little bit of moves and talks about her newest film.

Guess who's back… Back again!! Tonight on abc #dwts #judge http://t.co/Kkl06utDoc

Now take a look at some pics from today’s rehearsal with Julianne Hough. 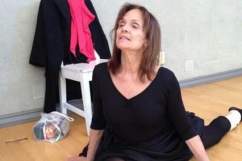 Valerie Harper Gets Eliminated on Dancing With the Stars 2013 [VIDEO] 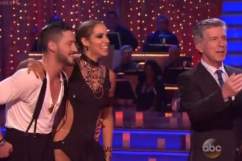