It’s been reported that Will Smith and wife Jada Pinkett-Smith have separated after 15 years of marriage. However, it’s Margot Robbie that may be one of the reasons for the A-list couple’s split. Read on for the 5 Fast Facts on the scandal … 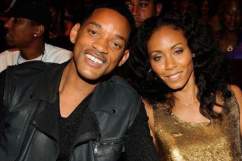 Inside Will Smith and Wife Jada Pinkett’s Trial Separation

1. It All Went Down in New Orleans Last Month

Will Smith and Margot Robbie are co-stars in the movie Focus. According to Radar Online, the two were all over each other at a party last month in New Orleans, Louisiana. 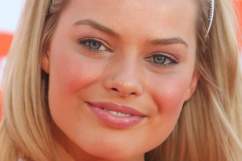 2. There Allegedly Are Leaked Nude Photos of Will and Margot Together

Smith and Robbie are said to have had a hot and steamy photo booth session at the party they attended after a day of filming. Star Magazine broke the story and reports:

The duo took the sexy photos, in which Will appears shirtless and Margo lifts her shirt up to reveal her lingerie, on Oct. 25 in New Orleans, after shooting on the film wrapped for the day. “Once they pulled the curtain back to take the pictures, they let their inhibitions run wild, laughing, hugging and muzzling each other in the dark.

An inside reports that Smith and Robbie were so in the moment that they forgot to take their printed evidence with them and left the photos behind. The images are said to appear in Thursday’s issue of Star magazine.

3. An Eyewitness Says Smith Was Not Acting Like He Was Married

A witness who saw Will Smith at the party that evening stated to Radar Online:

He wasn’t acting like a married man; he gave no signs that he was in a committed relationship. What kind of married man would go into a photo booth with a sexy 23-year-old girl and start to undress?

Smith’s wife Jada did not attend the party.

4. There Is a Full Account of the Photo Booth Session by a Witness

A source gives a complete run-down of the photo booth rendevous between Will Smith and Margot Robbie and reveals that:

Once they pulled the curtain back to take the pictures, they let their inhibitions run wild, laughing, hugging and nuzzling each other in the dark. Margot directed Will before each pose. First the ordered him to act like a gangster. Then she covered her face with a masquerade mask and leaned into his chest. Next, she asked Will to take a sexy picture with her, as she pulled up her shirt and exposed her lingerie for Will and the camera.

The source also confirms that Smith did not appear to be drunk or show signs of intoxication, leaving him fully aware of his actions.

5. Smith and Robbie Left the Party Together

Will Smith is in #NOLA right now filming "Focus" he'll be on the Gulf Coast till mid Nov. http://t.co/HjhXkLTfFP pic.twitter.com/ojTHrN4jc7

Apparently, the scandalous couple left the party and were not seen for the rest of the evening after their photo play time. An insider recalls:

Will and Margot never showed up back on set or attended the night’s festivities with the rest of the crew.

Apparently, Smith gave Robbie a piggyback ride to his trailer after their “romp” in the photo booth.

This scandal is sad news for Smith’s wife Jada if the story holds any water. According to Gossip Cop, these cheating rumors are completely false. We wish the Smith couple the best …