The world famous Muppets family are making their big screen return with even more bigger Hollywood stars and starlets!

Here’s the official movie trailer for Muppets Most Wanted that aired during the 2014 Super Bowl. Every year, viewers of 2014’s biggest American football game are lambasted by big ad’s and movie trailers. Some of the biggest summer blockbusters for the coming year get brand new trailers that showcase the most exciting scenes and inner plot workings. 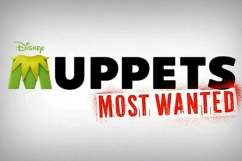