The new video above shows the surprise Gordon-Levitt gave the talk show host when he memorized all the lines that David uttered in the car on that fateful day.

Here’s the original skit that Kimmel debuted after the Oscars: 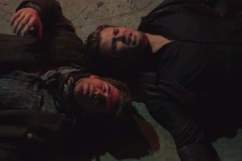 WATCH: The Hemsworth Brothers Spoof ‘Charlie Bit Me’ on Kimmel