Can’t wait for the Real Housewives of New Jersey season 6 premiere? Check out all the video clips, spoilers, and details on the new cast members below.

– According to NJ.com, the Giudice and Gorga war is over for now and returning Dina Manzo refuses to talk about sister Caroline. Caroline is a former cast member as well, but Dina and Caroline have been at odds for some time.

Giudice of Montville, and Gorga, who now lives in Franklin Lakes, have put their pettiness aside in light of Giudice’s ongoing legal drama (she and her husband Joe will be sentenced in federal court for fraud in September and face jail terms), and returning housewife Dina Manzo refuses to discuss her estrangement from sister Caroline.

– This season, the twins Nicole (Napolitano) and Teresa (Aprea) join the cast, so now there are two Teresas.

– Amber Marchese joins the show as well, bringing some sexiness and spunk. Amber’s husband, James Marchese however, causes a lot of waves on the show this season.

– Melissa Gorga and Amber have known each other for years, but there’s a bit of tension. NJ.com reported Gorga as saying that she had no idea Amber was joining the show because they haven’t spoken in about 10 years. In the premiere episode, the tension is definitely shown.

There is some bitterness on the side of Marchese, a self-professed control freak who is raising four children with her husband Jim, because Gorga wasn’t there for her when she was diagnosed with breast cancer a few years ago. In the premiere episode, Marchese has invited Gorga, Manzo and Giudice to a party at her Colts Neck home and confronts Gorga, who professes ignorance.

– Amber said that she met Melissa Gorga in college and she says Gorga’s goal in life was basically to marry rich.

– Dina Manzo returns to the franchise after a few years on hiatus. Her marriage has fallen apart after her husband cheating on her and she’s looking for independence. As Dina would say, “The bitch is back.” Hallel reports:

Dina, now separated, will begin dating again during this season.

– Teresa Giudice’s cousin Kathy Wakile is still around, but Teresa absolutely hates her.

– Frank Giudice, Joe Giudice’s father has passed away recently, but you will get to see him a little this season. RIP. 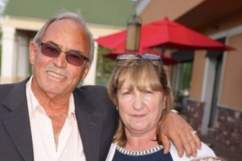 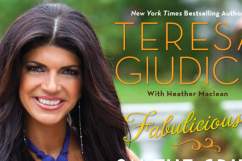