Fans, try to breath. Steven Moffat’s BBC super-show Sherlock will be returning for a fourth season. After a successful, but less satisfying, third season ended a few weeks ago, the future of the series was in doubt, but now it’s official: The team behind the famous adaptation will be returning to 221b Baker Street.

"Miss me?" #Sherlock, the hit @BBCOne drama, will return for a Special, followed by a series of three new episodes. #221back

On Wednesday, July 2, at exactly 2:21 p.m. in the UK, the BBC Twitter account tweeted that the show would return for a one-time special followed by a full three-episode fourth season.

The announcement included the hashtag #221back.

…why is Moriarty’s face being broadcast on every television in the land? #Sherlock #221back pic.twitter.com/q39RHTrmB0

One of the greatest villains to have graced the BBC, Jim Moriarty, will make his return to Sherlock after his shocking suicide in the Season 2 finale. But how did he do it?

After the briefest of exiles, #Sherlock will return to face one of his biggest mysteries yet… #221back

3. There Will Also Be a Standalone Christmas Special

Following in the path of Doctor Who, Steven Moffat’s other cult BBC show, Sherlock will get its own Christmas special on Christmas Day 2015. The special will be a standalone episode, but it is unknown if it will tease the plot of the next season. Above you can watch Sherlock’s now-famous line about Christmas.

The special will begin filming in January 2015.

4. The New Season Will Be Darker & More Unpredictable

We're ready to unleash the most shocking and surprising series of #Sherlock yet. The only thing is to expect is the unexpected… #221back

One of BBC’s tweets about the new season revealed it will be “the most shocking and surprising series of Sherlock yet,” and the show’s creators agree. Speaking to Entertainment Weekly, co-creator Mark Gatiss said:

At last! It’s always special to return to Sherlock, but this time it’s even more special, as we’re doing … a special! Not only that, we’ll then be shooting three more episodes, which will take Sherlock and John Watson into deeper and darker water than ever before. … The whole Sherlock team are terrifically excited to return for four new adventures. The game is on — again!

Show runner Steven Moffat added, “Of course, it’s far too early to say what’s coming, but we’re reasonably confident that the very next thing to happen to Sherlock and John, is the very last thing you’d expect.”

5. ‘Sherlock’ Season 3 Had Over 11 Million Viewers in the UK

There seems to be no end in sight for this show’s popularity. Above you can watch the surprising final scene of Sherlock Season 3. 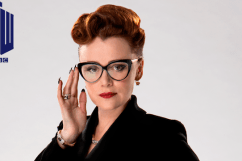 Read More
BBC, Benedict Cumberbatch, Breaking News, Martin Freeman
Sherlock will return for a Season 4 as well as a one-time Christmas special. Both will film in 2015. Here are the rumors, spoilers and facts.