Say hello to the future Mrs. Ryan Serhant. We’ve got all the details on the Million Dollar Listing New York star’s proposal to girlfriend Emilia Bechrakis. She’s a beautiful Greek lawyer and she’s snagged one of the top real estate agents in the country. Read on for details.

1. Serhant Shut Down Times Square to Propose to Emilia

Ryan Serhant closed down Times Square at 7:00 a.m. on Sunday morning to propose to his girlfriend Emilia and she said “yes.” He posted the above photo with this as a caption:

Yesterday morning I shut down Times Square and a little boy from Texas (me) proposed to a little girl from Greece (Emilia) in this crazy city called New York. I need to say thank you to the the help of 50 NYPD officers, the Mayor’s office, and the Times Square Alliance. We had the heart of this city completely to ourselves. Like I’ve always said… GO BIG OR GO HOME. I also convinced.

No one has ever done something like this. But I’m only going to propose once in my life, so I wanted to make sure that I did something special.

2. Emilia Starred With Ryan on Million Dollar Listing New York This Past Season

Ryan was always a ladies man on MDLNY, but this past season, we were introduced to his girlfriend Emilia. She’s a strong woman who knows how to put stubborn Serhant in his place.

3. The Two Took a Break From Each Other on the Show

When Emilia was on the show MDLNY this season, she had a disagreement with Ryan Serhant because he wasn’t being considerate of her feelings. She left and refused to talk to him. Finally, Emilia gave in, Ryan apologized and things seemed to take a whole new direction in their relationship.

4. Emilia Says She Was Completely Surprised by the Proposal

E! News reports that Emilia was caught totally off guard by her new fiance’s proposal.

This was a complete surprise. I was not expecting this at all. He’s really outdone himself!

The ring is a simple, yet brilliant, custom-made cushion-cut diamond.

5. The Proposal Will be Featured on the Next Season of MDLNY

If you’re sad that you couldn’t witness the proposal yourself, wipe your tears. The entire proposal was filmed for the upcoming fourth season of Million Dollar Listing New York. 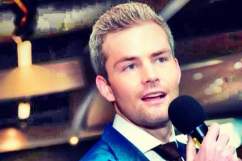