Reality TV show Here Comes Honey Boo Boo has been cancelled as a result of reports that star Mama June is dating a registered sex offender and child molester named Mark McDaniel. Despite the highly publicized photo of them together in a hotel room, Mama June has denied seeing McDaniel. Shannon Thompson (Mama June) posted this message on her Facebook page:

I want to make a post trying to clear up the rumors,” Shannon began. “(R)emember you can’t believe everything you read! (People) sell stories to the tabloid everyday that r false! It isnt true i promise my kids r #1 priority over anything else and I would never put them in danger period over this or anything else they r my life this is my past I left him 10 yrs ago for it and I wouldn’t go back.

TLC reportedly cancelled the show because they felt Mama June is not keeping her children a priority in this matter. In fact, TLC has already filmed an entirely new season of episodes, but the shows will not be aired now. TLC has spoken about the family and told TMZ:

Supporting the health and welfare of these remarkable children is our only priority. TLC is faithfully committed to the children’s ongoing comfort and well-being.

The network will reportedly pay for tutors and counselors for the children. As for Mama June’s response to TLC cancelling the show, she posted a Facebook video saying that McDaniel is in her past and would not put her children in danger. She also wanted to thank fans and supporters over the years.

For all the information on Mark McDaniel, Mama June’s reported boyfriend, check out the below links. 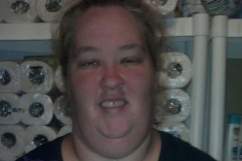 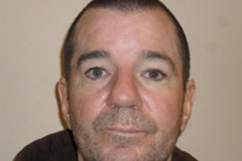