Guess who’s joining the cast of Downton Abbey this coming season. Kimye! On the Halloween episode of Live! With Kelly and Michael, Kelly Ripa and Michael Strahan did a bunch of skits and one was of Kim Kardashian and Kanye West joining the show Downton Abbey. Check out the video of the skit above, featuring Kimye and a short introduction from the cast of Mad Men.

Some of the other skits that Ripa and Strahan put on today included a parody of Taylor Swift’s music video “Shake It Off” and Orange Is the New Black. 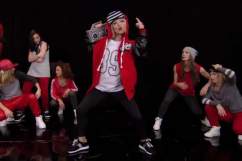 WATCH: Kelly Ripa as Taylor Swift in ‘Shake It Off’ Video 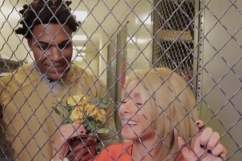