Like the film tagline says, “The World Will Go Mad in Summer 2015.”

Back at this year’s San Diego Comic Con, lucky Mad Max fans got a sneak peek at the next film in the series Fury Road. Now we finally have an extended look at the off-road madness and anarchy that erupts in this exciting looking sequel. Tom Hardy plays the role of Mad Max as he rides alongside a fugitive imperator named Furiosa (played by Charlize Theron). The both of them have to fight through a post-apocalyptic world that’s being terrorized by a ruthless warlord.

Prepare for the incredible dusty road anarchy that is Mad Max: Fury Road when it hit theaters on May 15, 2015! 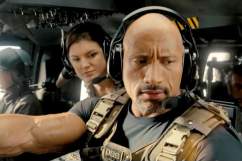 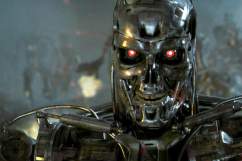