Hold Your Haunches, shaping leggings and pants designed for women, originally entered the Shark Tank on April 10 of last year. They are back on January 16 so viewers can see where the company is less than a year from their television debut.

Heavy interviewed Erin Bickley, one of the two women behind the company. Here’s what she told us about their beginnings and life after Shark Tank.

1. Their Pants Eliminate the 2-Butt Effect

With their shapers, they’re trying to eliminate the 2-butt effect. “One achieves the phenomenon known as ‘the 2-butt effect’ when their butt cheeks droop below their underpant line thus creating a second butt,” Bickley explained.

She was walking with her friend, Jenny Greer, when they started conversing about the lack of a slimming pant. “Jenny was wearing a shaper under her leggings. She was complaining about her no-longer-21-year-old body, most specifically the effect gravity was having on her rear. The shaper was rolling, binding and showing telltale lines making the situation even more unbearable,” Bickley said.

After Bickley also confessed her discontent at her bottom section, she noted that a product didn’t exist to aid this dilemma. This is when Hold Your Haunches was born and the ladies became what they refer to themselves as the Head Haunchos.

2. Barbara & Lori Gave Them a Deal

The ladies, who are both from Georgia and have three kids each, asked the sharks for $75,000 for 20 percent of their company. On the episode, which you can watch above, Greer asked, “So sharks, who’s ready to get in our pants?”

Barbara Corcoran and Lori Greiner were immediately taken with the “intense” and heavy shaper. “I’m just disgusted you don’t make a version for men,” Mark Cuban lamented. When we asked the women if they are planning a men’s line, Bickley said, “Yes. In our heads. It’s called Hold Your Paunches.”

Kevin O’Leary referred to it as “fraudulent behavior” because it gives men the impression that the woman is a certain size when she isn’t. When we asked what they thought about O’Leary’s assessment, Bickley said, “We think that Kevin works in television. He’s very well versed in the art of smoke and mirrors.”

The men all got out right away, which sparked Corcoran and Greiner to be even more adamant to invest in the company. They offered $75,000 for 40 percent of Hold Your Haunches with a 100,00 dollar credit line. The entrepreneurs happily accepted, saying, “These are the women that can take us where we want to go.”

When asked how the female investors have helped them since, Bickley said:

Barbara and Lori are available anytime we need them, but as Barbara says, she offers advice but she is never sure we are going to take it. They add great value to our brand and support when needed.

She also explained the credit line, saying, “The line of credit was to be a loan extended to us for production from Barbara and Lori. We actually have access to a line that thus far has paid for production orders so we have not needed a loan from the two ladies.”

Interested in Hold Your Haunches? Buy their pants and read reviews here.

3. The Name Came During a Massage

Bickley explained how their company’s moniker came about, by saying, “Jenny was having a massage and the masseuse started in on her rump, prompting Jenny to wonder, ‘Is that woman holding my haunches?’ We couldn’t make this up if we wanted to. The name of our company was born.”

A lot of progress has come since that milestone moment. They have added two colors to their pants, besides black. They are also debuting a line of layering tops. 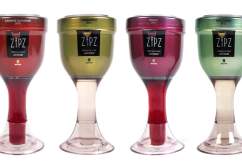 4. They’ve Grown Incredibly Since the Show

Before entering the Tank, the women only had one virtual assistant. Now they’ve grown to having a full time office manager, an in house sales rep, part-time shipping assistants, and their once virtual assistant was promoted to Administrative Director. “We outgrew our home office and moved into a new space and manage our own shipping,” Bickley added.

Within 48 hours of their air date of April 10, 2014, they sold that same dollar amount of product. The company has grown over 550 percent in eight months, a staggering statistic.

5. They Have a Holiday

Mayor Robert Reichert, shown above, honored the clothing company by naming April 10 Hold Your Haunches Day in Macon, Georgia, where the women live.

Interested in Hold Your Haunches? Buy their pants and read reviews here.