Netflix has released the official trailer for the Kevin Spacey political drama House of Cards season 3.

The release coincided with the 72nd annual Golden Globes last night, where Spacey won best actor for his lead role of Frances Underwood in the show.

It usually arrives for streaming on Netflix around 3 AM the day of. 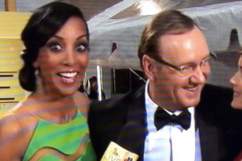