The world of professional wrestling is full of the most interesting characters that have ever existed. A slew of out-there personalities exits within the ring and are just as interesting outside of it. Over the years, a great number of wrestler written autobiographies have hit store shelves. These books delve into the hectic lives of wrestling legends and the types of superstars you may have never even cared about before. We’ve read through most of ’em, which is why we’re going to list the 15 of the top wrestler autobiographies you need to buy.

15. Booker T: From Prison to Promise: Life Before the Squared Circle

The 5x WCW World Heavyweight Champion has been through hell and back. This book covers the earliest portion of his upbringing, which was filled with strife and hardships. Booker T. takes readers onto a journey that looks into the struggles he had to endure just to make it. Booker’s tales about his criminal activities that led him into prison and his life resurgence within the squared circle are just some of the more interesting stories this book has to tell.

Buy Booker T: From Prison to Promise: Life Before the Squared Circle here.

Bob “Hardcore” Holly is a notorious professional wrestler who takes no shit and is always ready to deal out a beatdown to those he deems disrespectful. This autobiography details the very start of Holly’s life, which was full of stock car racing. Then it takes us into his wrestling career, which details his “Sparky Plugg” days all the way up until his transformative days as “Hardcore” Holly. This book pulls no punches, which makes it a controversial yet supremely entertaining read for all wrestling fans.

We miss the hell out of Eddie Guerrero. “Latino Heat” tells the world about his drug and alcohol problems, which led to him getting seriously injured in a near-fatal car accident. Then Eddie goes into everything that helped him bring his life back around. After losing everything, Eddie brought himself back into fighting shape, found religion and made his way to the top of the wrestling world by winning the WWE Championship. Eddie’s autobiography is an inspiring tale that will make all wrestling fans reminisce about such an awesome wrestler.

“WHO BETTA THAN KANYON?” One of the most underrated wrestlers who’s sadly not us with us anymore is WCW/WWE alumni Chris Kanyon. This book offers details Kanyon’s tumultuous life as a closet homosexual and a professional wrestler. Kanyon talks about his days as he comes to terms with his sexuality, what he did in order to keep it a secret, his most surprising moments as a member of the WCW/WWE roster and the day he finally came out to his parents. It’s sad to note that Kanyon took his own life. This book celebrates the life of a proud gay wrestler who did a lot more for the world of wrestling than you think.

The face most associated with WCW is the on-TV slimeball known as Eric Bischoff. Eric’s take on the Monday Night Wars offers fans a look into one of the most exciting periods of wrestling history. This autobiography takes a look into Eric’s business dealings and most prominent roles as a part of the AWA and WCW. It’s noteworthy how politics took a tole on Bischoff and the way he dealt with a once powerful wrestling company. If you’re looking to learn more about what went down behind-the-scenes in WCW, this is teh book you need to read.

One of the most legendary wrestlers on the planet that’s still alive is the madman that is Terry Funk. Funk has lived an interesting life that’s full of great anecdotes and memorable run-ins with other wrestling personalities. Funk comes from arguably the 1st family of wrestling and his tenure within the wrestling territorial days are just as legendary as the wrestler himself. This autobiography does a great job of detailing an old school legend who’s still around to create even more wild tales.

9. Have A Nice Day: A Tale of Blood and Sweatsocks

Foley is certainly good, right? Not only is he one of the nicest professional wrestlers there is, but Mick Foley also happens to be one of the funniest celebrities on the planet. Foley’s 1st autobiography gives fans a look into the injury filled tenure of the man who plays three of the wildest personalities in wrestling. Wanna know how Foley got 2nd-degree burns to his skin, how he lost a piece of his ear and what it took to make it to the big leagues of the WWE. Foley is an awesome storyteller. This book is clear evidence of that fact.

Buy Have A Nice Day: A Tale of Blood and Sweatsocks here.

8. Foley is Good: And the Real World is Faker Than Wrestling

Foley’s 2nd book gives us all a look into the exciting 1999-2000 season of WWE’s Attitude Era Run. This time around, Foley gives us a closer insight into his family and even a couple of top 10 lists from the man himself. Not only do we learn more about Foley’s home life, but fans will also no doubt shed a tear at the stores regarding the unfortunate death of Owen Hart. Such a legendary wrestler is expectedly capable of writing such a legendary series of books. This sequel to such a great autobiography surpasses its predecessor.

Buy Foley is Good: And the Real World is Faker Than Wrestling here.

The one wrestler that Attitude Era fans will no doubt call back on is “Stone Cold” Steve Austin. Austin made waves across the industry throughout several parts of his career, which he goes on to detail throughout this entertaining read. Fans get to visit all the different and important points of his career, such as his run as The Ring Master, one half of the Hollywood Blondes, his “Stunning” Steve Austin Run and his money making metamorphosis into a beer swilling badass. This book takes the DVD documentary and changes it into a fascinating autobiography.

WOO! “The Nature Boy” Ric Flair gets shouted out everyone and anyone, which lends credibility to the argument that Flair made more of an impact on the business than his rival Hulk Hogan. Flair’s an amazing storyteller, which is why his 1st full autobiography is a serious page turner. Flair’s talks about his young days (he happened to land a nice piece of MILF you-know-what), his training with several other future wrestling stars, his beefs with other superstar and the depressing times that followed him from his final run in WCW into the WWE. Flair’s “The Man” and this book gives us plenty of reasons why this rings true.

Buy Ric Flair: To Be the Man (WWE) here. 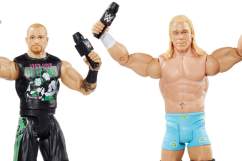 Here is another one of the most underrated wrestlers to ever lace up a pair of boots – the United Kingdom gentleman William Regal. We’ve all enjoyed watching him get besmirched by babyface wrestlers, but more ardent fans of the business enjoyed his hard hitting offense and hilarious mannerisms. Regal’s well-written autobiography explains the tough day on making it as a wrestler in the UK indies, his shocking issues with drugs, his move from the UK to the US for WCW and the ways in which he got clean and earned a job with the WWE. Regal’s book will sadden you at times, but ultimately bring a smile to your face at the end of it.

4. A Lion’s Tale: Around the World in Spandex

Jericho is FROOT! Trust us when we tell you – you’ll come to use that word in your daily vocabulary after reading this hilarious book. Chris Jericho has written a trilogy of great autobiographies and this initial start to the series must be noted on this list. For fans of “Y2J” who want a closer look into Jericho’s earliest runs in the business, this is the book you need to read. Jericho talks about his training in Canada, his pretty boy run in Mexico, his time in Japan (SUPER LYGER!) and his big break in WCW.

Buy A Lion’s Tale: Around the World in Spandex here.

3. Undisputed: How to Become the World Champion in 1,372 Easy Steps

Once you’re done with Jericho’s early tales, you’ll no doubt want to take a look into the introduction of Jericho to the big time within the WWE. Once Jericho makes his epic entrance into the biggest company in wrestling, a slew of moments that could either make or break a man is told beautifully in this autobiography. Expect a bunch of witty stories that will have you in tears and give you more insight into Jericho’s creative mind. His interaction with Arnold Schwarzenegger is worth the price of admission alone.

Buy Undisputed: How to Become the World Champion in 1,372 Easy Steps here.

2. The Best in the World: At What I Have No Idea

The 3rd book in Jericho’s book is definitely the best, in our opinion. We arrive at the later part of Jericho’s long and successful career, which is full of even more championship wins, beefs with his boss Mr. McMahon and a career resurgence that gave him a new lease on life. Here is where we learn about Jericho’s nervous trip into Iraq, his 1st hand account of a Big Show vs. The Great Khali fight and many more memorable stories. Do yourself a favor and finish off the best part of Jericho’s wrestling/rock band frontman career with this book.

Buy The Best in the World: At What I Have No Idea here.

1. Hitman: My Real Life in the Cartoon World of Wrestling

And our pick for the most interesting wrestling autobiography that’s currently out is Bret Hart’s MASSIVE book Hitman: My Real Life in the Cartoon World of Wrestling. While this book might look intimidating to tackle, once you crack it open you’ll have a hard time putting it down. The very intro of the book gives us a look into Stu Hart’s funeral and Vince McMahon’s entry into the funeral, so expect this book to get even crazier as it goes along. Bret’s life has been filled with a great number of personal triumphs and pitfalls, which is why his autobiography stands up over time as a book that can even be appreciated by non-wrestling fans.

Buy Hitman: My Real Life in the Cartoon World of Wrestling here. 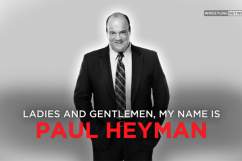 Read More
Bret Hart, Pro Wrestling, Ric Flair, Shopping, Wrestling, WWE
wpDiscuz
2
0
Would love your thoughts, please comment.x
()
x
| Reply
For an interesting read up on the backstage antics and real lives within the world of wrestling, these 15 autobiographies are the finest examples we found.