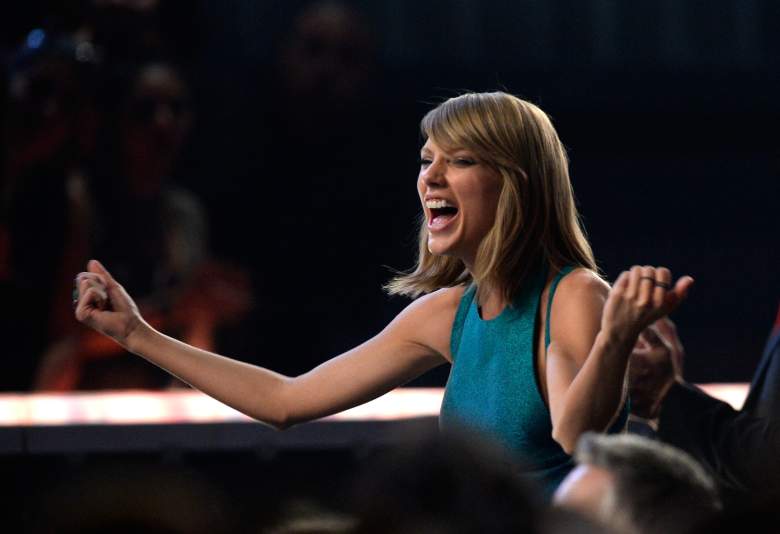 Taylor Swift knows all about break-ups.

So when a teenager named Kasey messaged the 25-year-old superstar on Tumblr to say she’d been dumped, she was reaching out to exactly the right person.

To the teen’s astonishment, Taylor posted back with support and advice – and it wasn’t just to Shake it Off! She sent Kasey a 6-song break-up playlist.

In the extraordinary exchange between one of the most famous people on the planet and a heartbroken fan, Taylor – who has survived break-ups with stars like John Mayer, Jake Gyllenhaal, Harry Styles and Joe Jonas – said she understood how “devastating” it was after a split.

Here’s the Tumblr messages, as re-blogged by another user: 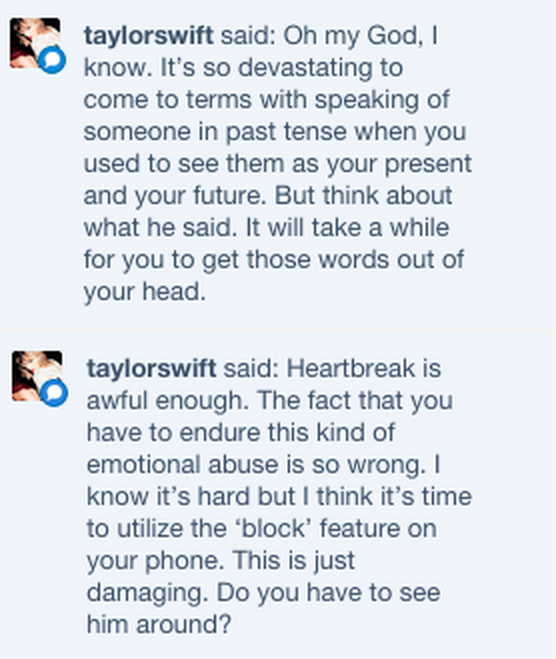 Afterwards, the shocked teenager told Buzzfeed: “When I first saw she replied I was honestly in shock. I had only posted a couple of things and I couldn’t believe she saw my post about him breaking up with me. I couldn’t believe somebody like Taylor Swift was taking the time to comfort me, to give me boy advice.”

But perhaps the most practical advice was yet to come.

Kasey says she has been playing Taylor’s list “on repeat” all day. Here’s the songs for everybody else:

1. Stay Away by Charli XCX

2. Not Around by Montgomery