That awkward moment you get a cab and…

Nick Jonas is the host of the 2015 Kids Choice Awards and fan girls are drooling in excitement. Recently, we’ve seen Jonas as the guest mentor for Christina Aguilera’s team on The Voice Season 8 during The Battle Rounds. Upcoming projects of Jonas’ include a recurring role in the upcoming show Scream Queens, starring in the movie Goat, and opening for Kelly Clarkson on her Piece by Piece Tour in October 2015.

Each year, we watch celebrities get slimed at the Kids Choice Awards and the host is never safe. Last year, host Mark Wahlberg was determined to not get slimed and then it all went down in one of the most epic slime moments imaginable. So how does Jonas feel about getting slimed? He tells People:

I feel like it’s an honor. It’s a rite of passage.

2. Olivia Culpo Is His Girlfriend

Since August 2013 Jonas has been dating former Miss Universe Olivia Culpo, whom he met at the 2013 Miss USA competition. This past year, Jonas was a performer at the show and surprised his girlfriend when he got down on one knee to serenade her. For a moment, Culpo was nervous because she thought he was going to propose. 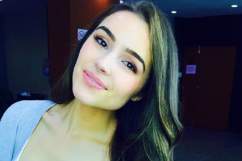 3. He Wore a Purity Ring for Many Years

When Jonas was on the Wendy Williams show in November 2014, she noticed that he was no longer wearing his purity ring and he implied that he’s no longer a virgin. Jonas confessed:

I think it was an important part of my childhood and it was that. As I grew up, I sort of figured out what was important to me and my own belief system. We all grow up and we all live life and find out what’s important to us, that’s what happened. I went on that journey myself and I’m now comfortable with who I am and what I believe in and I’m an adult … As I said, I’m an adult in all ways.

Check out my cover for @flauntmagazine at flaunt.com! Full feature out later this week!

Jonas was diagnosed with Type I diabetes when he was 13 years old and he has an insulin pump to help manage his illness. Since being diagnosed, Jonas developed the Change for the Children Foundation to raise money and awareness for diabetes. He’s also been an ambassador for Bayer Diabetes Care and has testified in the U.S. Senate to promote more research funding for the disease.

After Jonas and his brothers (The Jonas Brothers) parted ways, he made a solo career for himself with his breakout hit “Jealous.” His song “Chains” then followed. These are the two songs that Jonas is performing at the 2015 Kids Choice Awards. Of performing and hosting, Jonas told People:

To get to come back and host the show is a really incredible feeling. I’m really looking forward to the night … I’m just looking to get up there and having a good time.