Is Britt Nilsson dating Bachelorette 2015 contestant Brady Toops? It seems that the two are indeed together, as reported by Bachelorette guru Reality Steve. The two have been spotted on dates together all over Toops’ hometown Nashville, Tennessee since Toops decided to leave The Bachelorette to pursue a relationship with Nilsson. Nilsson revealed in an interview with Jimmy Kimmel that she was in her hotel when Toops came to see her and tell her that he wanted to try a chance at love with her. When Kaitlyn Bristowe was named The Bachelorette and Nilsson was voted off the show, Toops told Bristowe that he had to follow his heart. He said his heart was with Nilsson. In turn, host Chris Harrison said that he’d help him to get in touch with Nilsson.

So, Nilsson and Toops get together on the show and viewers get to see it all go down. Check out the above video clip to hear Nilsson talk about her meeting up with Toops to Jimmy Kimmel.

An insider recently talked to Us Weekly about Nilsson’s relationship with Toops, revealing that:

Brady and Britt are still together. They’re very happy.

Nilsson has said that Toops’ move (leaving the show for a chance with her) was very smooth and “gentlemanly”. She also admitted that they’d been hanging out pretty much every day since Toops’ hotel room visit. 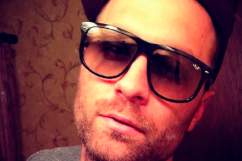 Brady Toops, ‘The Bachelorette’ 2015: 5 Fast Facts You Need to Know 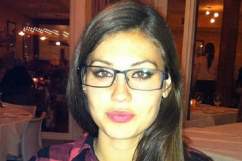