On tonight’s 2015 Billboard Music Awards, Wiz Khalifa and Charlie Puth performed their song “See You Again” in tribute to the late Paul Walker. It was a truly touching performance with video clips from the movie Furious 7 playing in the background.

This year's #BBMAs included a touching tribute to @RealPaulWalker pic.twitter.com/obSoqAF2uZ 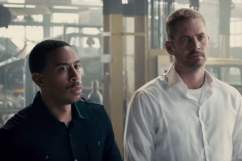