With May almost over, Netflix has announced the new movies coming in June 2015. The list of this month’s new Netflix movies seems a little bare, but there are some shining gems for movies to watch. You should definitely skip The Cobbler, Free the Nipple and It’s Tough Being Loved by Jerks. But as far as movies you should actually watch, there are only 5 worth checking out.

So without further ado, here are the top 5 best new movies on Netflix, June 2015 releases edition: 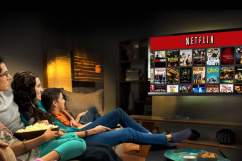 Leonardo DiCaprio is the best actor to never win an Oscar, and his role in 2004’s The Aviator was an Oscar-worthy performance. The film is directed by Martin Scorsese, and follows the early years of legendary director and aviator Howard Hughe’s career. It’s a fun and entertaining Oscar-winning film, although none of them were for DiCaprio. Poor Leo. 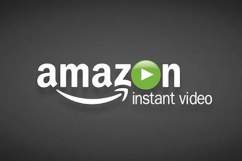 Nightcrawler follows Lou Bloom, a man writing about what’s going on with crime in Los Angeles as he blurs the line between just observing and actually becoming a criminal, himself. He muscles into nightcrawling, where each police siren equals a possible windfall and victims are converted into money. Gyllenhaal’s performance in Nightcrawler is quite memorable, and somehow makes the audience care about a truly unlikable character.

Now I’m not saying Transformers: Age of Extinction is any good — it’s not — but it’s one of those movies with great action sequences that you’ll want to watch for the thrill of it all and the showmanship. Mark Wahlberg is as awful as ever, and the script is terrible as well. But, it’s a major blockbuster movie to watch from your living room. Stream away! 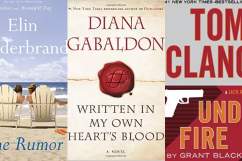 Jennifer Aniston is like a fine wine — she gets better with age. And I don’t mean that in a perverted way (although, I’m not denying she’s hot), but her movies and acting keep getting better and better, and she’s at a point now where it’s impossible to not like her. In Cake, Aniston plays the role of Claire, a woman fascinated by the suicide of another woman in her chronic pain support group while she’s dealing with her own personal tragedy. Cake was nominated for a Golden Globe, which is quite an achievement for a movie that didn’t even have an $8 million budget.

Another Jennifer Aniston movie is coming to Netflix, but this time it’s a much less serious tone than Cake. Life of Crime shows what happens when a kidnapping a man’s wife for ransom goes incredibly wrong because the husband doesn’t want to pay the money. It’s funny, and the violence isn’t overdone.