Audrey Middleton has been rubbing people the wrong way in the Big Brother 17 house, particularly fellow cast-mates Clay and Shelli. After Clay caught Audrey in a few lies, it was pretty clear that Audrey would be getting put up on the block. In order to ensure that Shelli and Clay’s alliance won the power of veto, Shelli threw the challenge, making it easy for cast member Vanessa to win the power of veto. While house guests Jason and John were on the chopping block, Vanessa decided to save Jason, which left room for Shelli to put Audrey on the block. Audrey opted to not be present at the group meeting, knowing that her fate was sealed.

Audrey already had one penalty vote against her going into the voting session because she violated a food rule that was instilled in the house for a week. Instead of pleading her case beforehand, Audrey took the opportunity to talk about being the first transgender on the show and embracing the journey.

Even the show itself predicted that Audrey was going home because it showed a 5 minute segment dedicated to Audrey’s time on Big Brother way before the eviction ceremony.

And, of course, Audrey was eliminated. 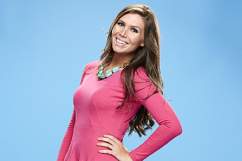 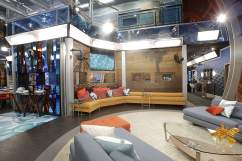 Read More
Big Brother, Reality TV, TV
Who has been eliminated from the Big Brother 17 house? Audrey Middleton was voted off the show.