Stephen Colbert is the host of The Late Show now that David Letterman has retired from his long-run. Many are probably wondering about Colbert’s life outside the show, so let’s get to know his wife, Evelyn “Evie” McGee-Colbert. Read on for our 5 Fast Facts on Mrs. Colbert.

1. She Actually Lived A Couple Blocks Away From Colbert Growing Up

Not totally sure but I believe this is Colbert's wife, Evelyn, and I presume other family. #TheLateShow pic.twitter.com/N8vuKe6CM9

Evelyn actually lived two blocks away from Stephen Colbert when she was growing up. Even so, the two never met as children. They ended up meeting in 1990 at the Spoleto Festival in Charleston, South Carolina. Now, they live together in Montclair, New Jersey with their three children Madeline, Peter and John. The two married on October 9, 1993.

2. Evelyn Played Her Husband’s Mother In Strangers With Candy

When Evelyn and Stephen were first dating, they didn’t have much money to their names, but now Stephen Colbert has an estimated net worth of $45 million with an annual salary of $6 million.

3. She Is Not A Romantic

@ariannahuff @stephenathome and Evelyn McGee Colbert at the @BrooksBrothers celebration for his new book #AmericaAgain pic.twitter.com/OljFnpUV

While Evelyn is not very romantic, her husband Stephen Colbert is very much so. In fact, Evelyn told Oprah Winfrey that she fell in love with him because of how kind and generous he was. She also said that when they first started dating, she was living in New York City while he was living in Chicago. He appeared outside her apartment playing the baritone horribly as he’d been trying to learn how to play it for a part. He likes to mix romance with silliness.

4. Stephen Colbert’s Character On The Colbert Report Was Not Allowed In Evelyn’s Home 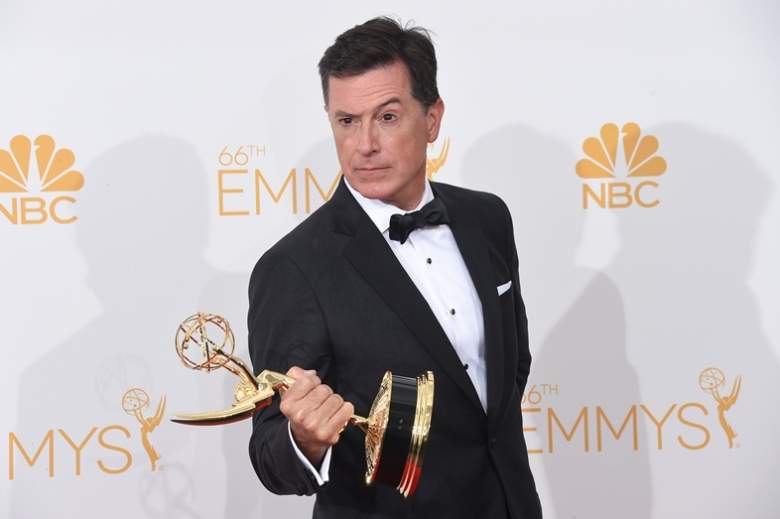 Whenever Colbert would come home from work, his wife made him check his character at the door because she was not a fan of the sarcastic character. Evelyn is often described as a stay-at-home mother.

5. Her Father Was a Prominent Charleston Civil Litigator

Evelyn comes from a successful family as the daughter of a prominent Charleston civil litigator, according to Daily Entertainment News. Joseph McGee, was a litigator from the firm Buist Moore Smythe McGee.

As far as Evelyn’s education goes, she graduated from the University of Virginia’s College of Arts and Sciences in 1985 with a double major in English and Drama.