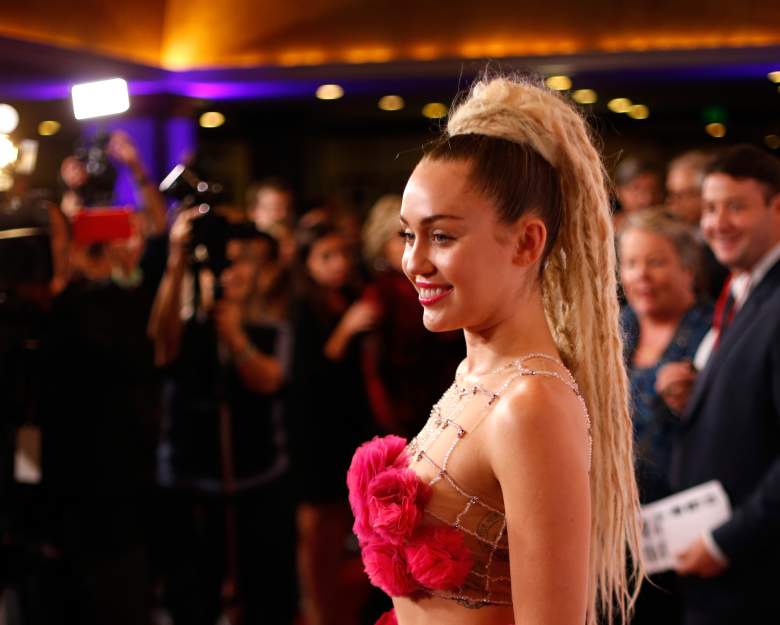 Cyrus has been part of the entertainment industry for over a decade and it’s certainly paid off. (Getty)

Miley Cyrus has been in the public eye since she was eight.

The former Disney Channel star, who has rewritten her image and public persona more times than she can count, has been a part of pop culture for more than a decade and, along the way, has become one of the wealthiest celebrities in the world.

According to The Richest, Cyrus is worth approximately $165 million. Now, with her acting career firmly behind her, Cyrus, and her net worth, are simply focused on music. Here’s what you need to know: 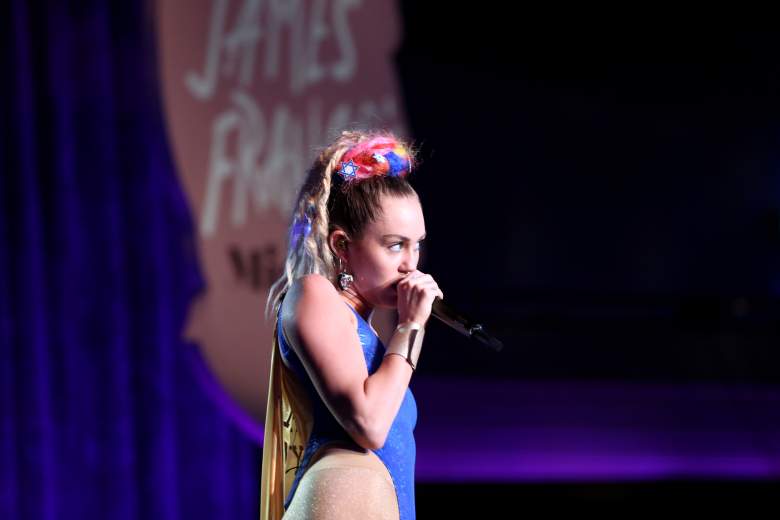 Cyrus dropped off the Forbes Top-100 list this year after being named the No. 17 highest earning celeb in 2014. (Getty)

However, over the past year, Cyrus has completely dropped off the board, a surprising shift for a star who seemed to be constantly on the rise just a few months ago. A possible reason for that? Cyrus released a free album earlier this year.

After wrapping up her VMA hosting gig in August, Cyrus announced the free download for Miley Cyrus and her Dead Petz. The record had nothing to do with her label, RCA, and reportedly only coast Cyrus $500,000 to make. The was surprising, unexpected and allowed Cyrus to express herself completely, without the limits of her label. It also didn’t make her any money.

While she’s spent the better part of the past four years trying to put the Disney Channel pop persona  behind her, Cyrus is still best known as Hannah Montana, the singer who just wanted to live like a normal high schooler while still drawing crowds that sold out stadiums.

Cyrus played the character for four seasons and a movie, earning a reported $15,000 per episode. At first glance, that may seem like a pretty sizeable paycheck, but in reality it wasn’t much – at least compared to what other young actors were making on TV at the same time.

According to The New York Post, Cyrus’ on-screen salary was pennies compared to some of her contemporaries at the time. Angus T. Jones, of Two and a Half Men, led the pack at the time with a whopping $250,000-per episode salary.

Cyrus’ latest studio album redefined her as an artist and added a serious cushion to her overall net worth. (Instagram)

The singer’s fourth studio album, Bangerz, was released on October 4, 2013 after Cyrus first started working on the project in 2012. The album was a point of contention with her original record label, Hollywood Records and Cyrus subsequently moved to RCA to produce the album she wanted.

The record debuted at No. 1 on the US Billboard 200 with first-week sales coming in at 270,000 copies. The sales mark helped the album become Cyrus’ fifth non-consecutive No. 1 album, including earlier soundtracks. It was also the third-highest opening week for a female artist in 2013. Meanwhile, the record’s first single “We Can’t Stop” peaked at No. 2 on the Billboard Hot 100, while the second single “Wrecking Ball” became Cyrus’ first-ever No. 1 single.

By 2014, the album had been certified platinum and, according to The Richest, Cyrus had earned over $2.4 million from the record’s sales.

Ever since she first put on the blond wig as Hannah Montana, Cyrus has been a certified pop star. She wasn’t always herself, but she was always a star. And a money-making one at that.

In fact, while her salary for Hannah Montana may have been low compared to other young celebs at the time, Cyrus’ monetary bread and butter came from her tours and shows that were linked with her TV character. Over the past few years, Cyrus has come to find that touring is, perhaps, her favorite part of her career. She told Paper Magazine:

I was doing a show two nights ago, and I was wearing butterfly nipple pasties and butterfly wings. I’m standing there with my t*** out, dressed like a butterfly. How the f**k is that fair? How am I so lucky?

According to The Richest, Cyrus’ very first tour, in 2007, earned her $54 million, while the film release of that same concert, Hannah Montana & Miley Cyrus: Best of Both Worlds Concert 3D film, earned her another $15 million.

Then, of course, there are Cyrus’ tours under her own name. In 2011, the Gypsy Heart Tour grossed nearly $26 million in ticket sales. Most recently, it was estimated that Cyrus made $24 million during her Bangerz Tour in 2013, earning $500,000 a show.

Cyrus is returning to the road this year, supporting her latest album, Miley Cyrus and her Dead Petz.

5. Cyrus’ Early Movie Career Also Added to Her Net Worth 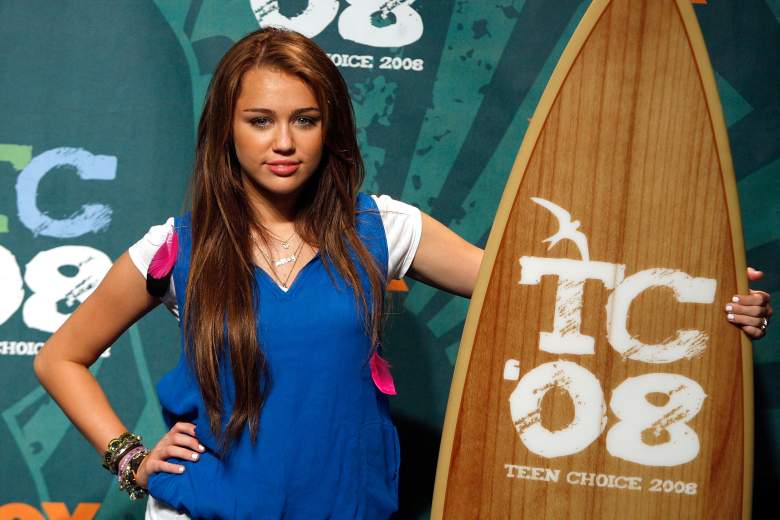 Cyrus’ early career was focused on acting and it also helped pad her account. (Getty)

Although her acting career may be far behind her, Cyrus still racked up some big-screen moments before turning her attention to music. In fact, one of her professional jobs was in a small role in the Tim Burton-helmed film Big Fish.

From there on out, Cyrus became a standout on the Disney Channel during the early 2000’s and went on to parlay that stardom to roles in feature films.

Cyrus was the voice of Penny in the Disney animated film Bolt and also played the lead role of Ronnie Miller in the Nicholas Sparks drama, The Last Song. While neither movie, nor her later straight-to-DVD efforts, were particular hits, all of Cyrus’ film endeavors earned her a fairly sizable check.

According to The Richest, Cyrus earned $48 million in 2010 after The Last Song grossed over $88 million at the box office.