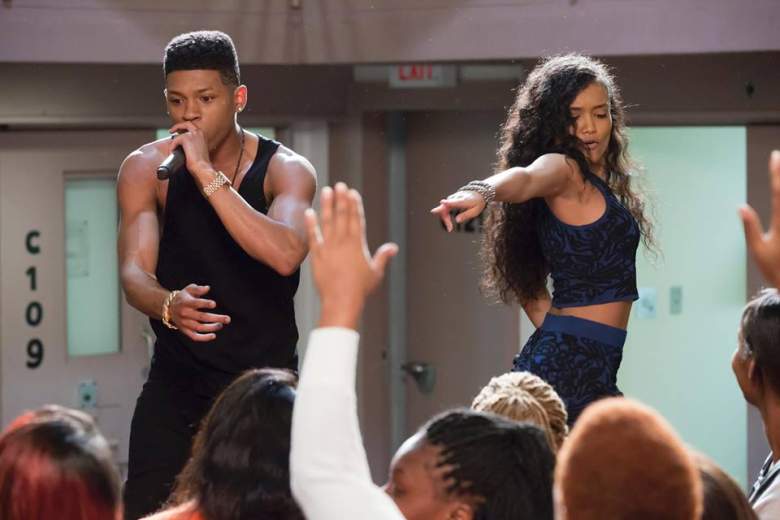 Empire aired its season 2 winter finale last week and, as expected, left us all with a fair share of twists, turns and unexpected moments. But as soon as the episode wrapped, there was one very important question on everyone’s minds; when does Empire return?

Yeah, that’s right. We’ve got to wait nearly three months for the return of the Lyon family and all their assorted drama. Luckily for you guys, we’ve got a fresh crop of spoilers to help us through the long Empire-less winter.

Ready? Let’s break it down.

Of course, the biggest reaction is Lucious (Terrence Howard) dealing with Hakeem’s (Bryshere Y. Gray) decision to remove him as CEO of Empire. The youngest Lyon brother finally got a bit of payback for all of his father’s crimes by publicly humiliating his father and betraying him on a stage that means the most.

But while Hakeem’s decision was emotional and timely during the midseason finale, you can be sure that it won’t serve him well down the line. We’ve already seen Lucious at his most ruthless and he’s proved he’s more than willing to do whatever it takes to make sure Empire stays in his control. Odds are pretty good he won’t be bothered by his son’s involvement to make sure he stays on top of the metaphorical chain of power.

“..his relationship with Hakeem has already been strained and now it may be strained beyond repair. It certainly is in for some rocky times. Lucious is certainly pushed to the edge,” showrunner Ilene Chaiken told The Hollywood Reporter. “Lucious has two sides: he can travel in the most elite circles and go to the White House and rub shoulders with other billionaires, but he also comes from the roughest and meanest [place]. I would venture that that’s a side of Lucious that’s going to come a little bit closer to the surface in light of these events.”

That’s not the only Lyon brother we have to worry about.

After Jamal’s (Jussie Smollett) sexuality was examined once again in the finale, following his apparent hook-up with Skye (Alicia Keys), the singer will go up against his father in the song of the year category. “This clearly is going to put a big strain on that relationship. I think it would have been foolish ever to assume that that relationship would continue unchallenged,” said Chaiken.

And what about Andre and Rhonda’s unborn baby? Things don’t look good. After someone (Anika) pushed Rhonda down the stairs, there’s plenty of speculation about whether she or the baby will survive.

With so many twists and turns and in-fighting, it’s tough to believe that the Lyon family can actually find some common ground in the second half of the season. But that’s where the Empire comes in. Ultimately, the entire group will come together to battle for what is theirs and that will help them remember that blood is, truly, thicker than water.

Empire officially returns with new episodes on March 30 at 9 p.m. ET on FOX.