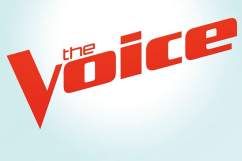 Tonight is the finale of The Voice 2015 with Barrett Baber, Jordan Smith, Emily Ann Roberts and Jeffery Austin all in the running for the season 9 title. With $100,000 and a record contract on the line, one of these contestants will walk away a winner … and our guess is that it’s Jordan Smith. He has consistently been the front-runner throughout the season and his performances are flawless. Smith has also attained the number one earnings on the iTunes sales charts, which should tell viewers something right there. He is completely the fan-favorite and even his fellow contestants cannot deny that. Barrett Baber told E! News that Smith has the best voice in the competition and that he has consistently been on-point with his performances. Baber stated:

I think it’s obvious that Jordan’s the best singer on the show and it would be a lie not to say that. He’s consistently delivered the most amazing performances I think the show has ever seen.

So, it’s safe to say that Smith has the win … unless something completely out of left field happens.

Now check out some of Smith’s best photos in the below gallery for even more information on him.

On Smith's anniversary with his girlfriend, he posted the following message on his Instagram: hree years ago, I somehow convinced the most beautiful, thoughtful, caring woman in the world to go on a date with me. Every day since then, she has shown me over and over just how truly wonderful she is. Her capacity to love and her compassion for others are unparalleled and I fall in love with who she is more and more as time goes on. She is my best friend, my soul, and I can't wait to see where our future takes us. I love you!

‘The Voice’ 2015 Finale Performers: What Celebrities Are Appearing Tonight?

Read More
Reality TV, The Voice, TV
Who will be the winner on tonight's season 9 finale of The Voice 2015? Will Jordan Smith be able to tell people about how he won the title when it's all over?