Suicide Squad, a long-anticipated film adaptation of the DC Comics title, hits theaters on August 5, 2016. The official trailer has just been released after the teaser whetted the appetites of fans over the summer of 2015.

Jared Leto plays the role of The Joker, the character inhabited by Heath Ledger and Jack Nicholson in the past. The internet even joked about Nicholson’s “reaction” to Leto taking over the role he made famous in the 1989 Batman film. Before he died, Heath Ledger made an indelible impression with his Joker in 2008’s The Dark Knight. Which actor will be considered the best Joker out of the three? Each movie has a very different plot and tone, so it may be unfair to compare them all. Jared Leto for one feels that Ledger and Nicholson would be proud of his portrayal.

Margot Robbie also stars in Suicide Squad as Harley Quinn. Fans have been buzzing about Robbie taking on this hilarious, ruthless, sexy character for months now. Will Smith returns to top action movie form as Deadshot, model/actress Cara Delevingne is Enchantress, and Joel Kinnaman is Rick Flagg, providing most of the trailer’s voice-over. The movie is directed by David Ayer who previously helmed End of Watch starring Jake Gyllenhaal and Fury with Brad Pitt. Suicide Squad‘s trailer features the Queen song “Bohemian Rhapsody,” in a vastly different use of the tune from the car sing-along scene in Wayne’s World. 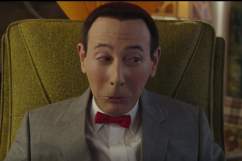 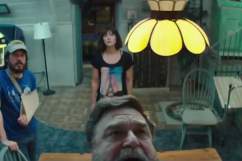