The gold cross passed through many hands during the night, but Lincoln was the last one to hold it during the Agents of S.H.I.E.L.D. season three finale. He wore the S.H.I.E.L.D. suit, had a bleeding belly wound (accounting for the blood drops), and flew the Quinjet beyond Earth’s atmosphere.

Lincoln wasn’t the only one on board the flight to nowhere. Hive had boarded the ship looking for Daisy, but Lincoln pushed her off the ship and closed the door. He and Hive then headed up with the nuclear warhead full of the potent mixture that would have turned nearly all of Europe into those gnarly-looking Inhumans.

Daisy’s prophecy had come true. And although the team had defeated Hive, it meant losing one of their own.

Find out how Lincoln got ahold of the cross and how Daisy handled his death (Two words: Not well).

Lincoln Ended Up With the Gold Cross

At the beginning of the night, Mack had the cross in his possession after Yo-Yo had given it to him, telling him to keep the faith. He tried to give it back to her, but she made him hold onto it.

Later, back in the lab, Mack took off his jacket and the cross fell out. Fitz ends up finding it and tucks it into his jacket, the one with a S.H.I.E.L.D. emblem on the sleeves. When he and May rescue Daisy in the Zephyr, Fitz offers his jacket (the cross still in the pocket) to Daisy to keep her warm in the high altitude.

Daisy looks ready to complete the prophecy when she puts the necklace on and is still wearing Fitz’s jacket. But at the last minute, Lincoln boards the Quinjet and somehow steals the necklace off of Daisy. In a moment straight out of Captain America: The First Avenger, Lincoln stays in communication with Daisy until they power down once the ship reaches Earth’s atmosphere.

Lincoln unbuckles and floats to the back of the Quinjet with Hive. The parasitic beast will finally experience the one thing that has alluded him all these years — death. 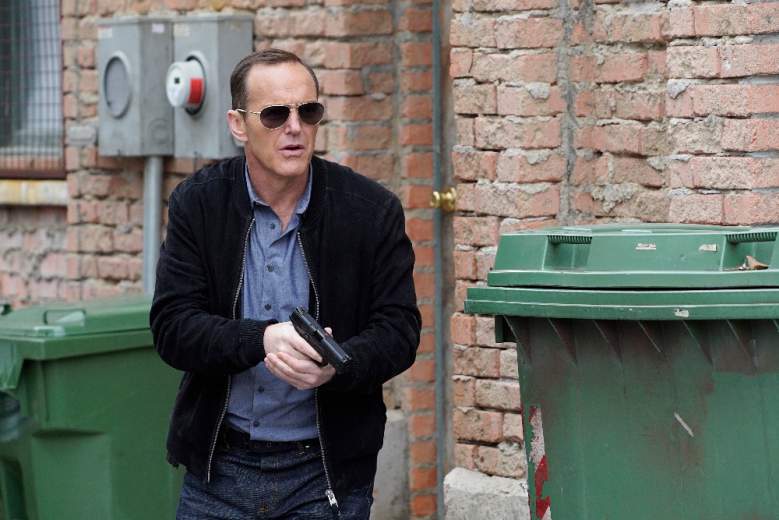 Coulson is trying to track down Daisy who has gone AWOL. (ABC)

Let’s just say, Daisy took Lincoln’s death pretty hard. She destroying infrastructure and taking down banks with her quake powers. The press is wondering if she is a hero or a rogue operative.

Of course, Coulson hasn’t given up on her and neither has her partner, Mack. They’re staking out a park from a hotel room where Coulson is convinced Daisy will come to meet a mother and her young daughter. On this day, he feels like Daisy will finally show up and he’s right.

Disguised in a goth outfit and makeup, Daisy shows up. She has helped relocate the mother and daughter whose husband and father were the Inhuman who could show people the future. Daisy gives the little girl, Robin, the wooden robin her father had carved.

Coulson ordered all units to move in and capture her, but Daisy knew they were coming. Using her quake powers, she leaped onto a high building and escaped. When they lose her, Coulson mentions calling the director. If it’s not him, who has taken control of S.H.I.E.L.D.?

Dr. Radcliffe Is Bringing His A.I. Computer to Life 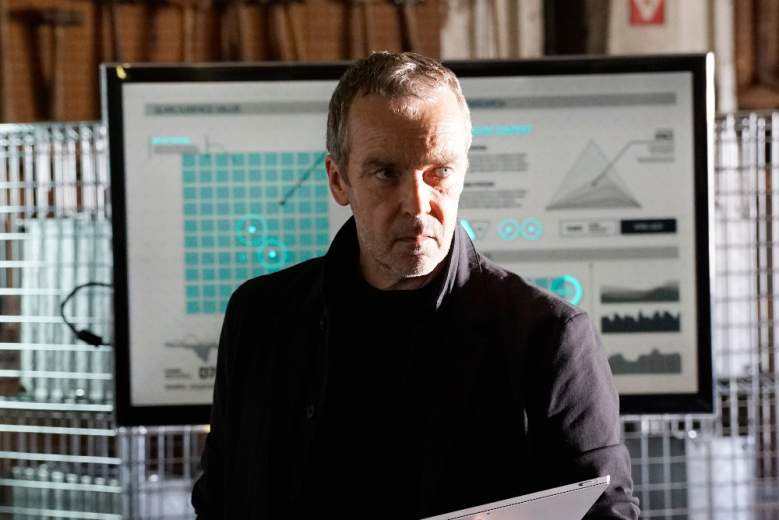 Dr. Radcliffe is continuing with his science experiments and that possibly means creating humans. (ABC)

In the final scene, Dr. Radcliffe informs his computer, Ada, that his name has been cleared despite his work with Hive and creating those ghastly Inhumans. He is celebrating, but not for his hearings’ conclusion. He’s about to bring Ada to life.