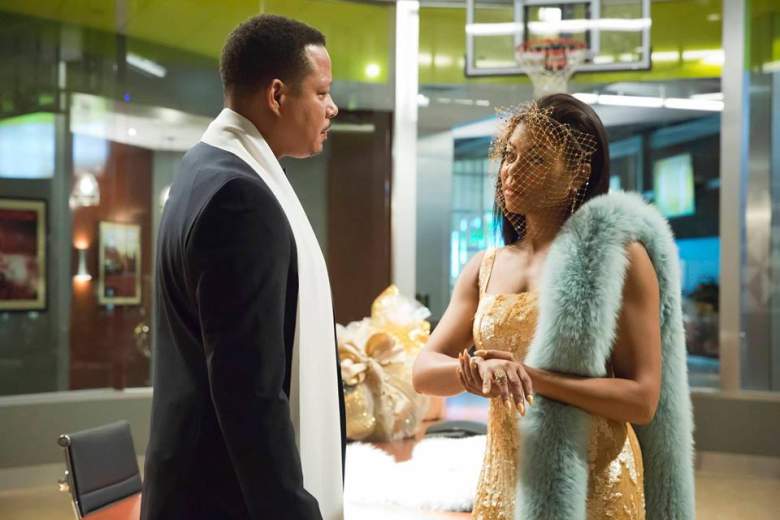 Lucious and Cookie are ready for their red carpet moment on tonight’s new episode of Empire. (Facebook)

Cookie (Taraji P. Henson) will have a major heart-to-heart with her son Jamal (Jussie Smollett) while Hakeem (Bryshere Y. Gray) tries to prepare himself for married life. Before we dive into the rest of the spoilers for tonight’s brand-new episode of Empire, titled “Rise by Sin,” check out the latest preview clip right here:

The biggest moment in tonight’s episode by far will be the conversation between Cookie and Jamal as the matriarch explains why she’s so uneasy around Freda Gatz (Bre-Z). Of course, that’s because Lucious (Terrence Howard) killed Freda’s father, Frank Gathers (Chris Rock), while he was in prison. And now Jamal knows as well. It won’t take long for the Lyon son to warn Freda about his family and the decision will have serious consequences when it comes to Jamal’s own relationship with his father.

And speaking of Lucious, the leader of the Lyon family is still coming to terms with the return of his mother Leah Walker (Lesie Uggams) after she returned last week. Lucious continues to swear that his mother is a dangerous person, but he doesn’t have much support from his family.

In addition to his issues with his mother, Lucious is still battling professional demons as well, going up against an FBI agent named Tariq (Morocco Omari) who is now investigating the family.

Let’s not forget about Hakeem either.

The youngest Lyon has faced just about everything throughout the second half of this season and now he’s facing a marriage that he might not be all that interested in. Hakeem and his fiance Laura (Jamila Valezaquez) are facing their fair share of problems tonight, particularly after he chose to bring Tiana (Serayah) into one of his new songs. Let’s just say Laura wasn’t particularly pleased with that decision. .

There have been a handful of rumors going around for the last few weeks that a member of the Lyon family may be killed off in the final episodes of this season. That might be tonight. The American Sound Awards are slated to take place in this week’s episode and the event could, very easily, be the site of a shooting and the death of a character.

Brace yourselves for some serious emotion, guys.