Marseille is the first French original program released on Netflix and the television series has been created by Dan Franck starring Gérard Depardieu. This first season is just 8 episodes long and it premieres on May 5, 2016. So, what time does the series get released?

Check out a trailer for the new television series below to get you ready for the show’s release.

The official synopsis of the show reads:

The longtime mayor of Marseille is preparing to hand over the reins to his protege when a sudden and ruthless battle erupts for control of the city. 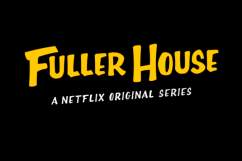 ‘Fuller House’ Premiere Date: When to Watch on Netflix