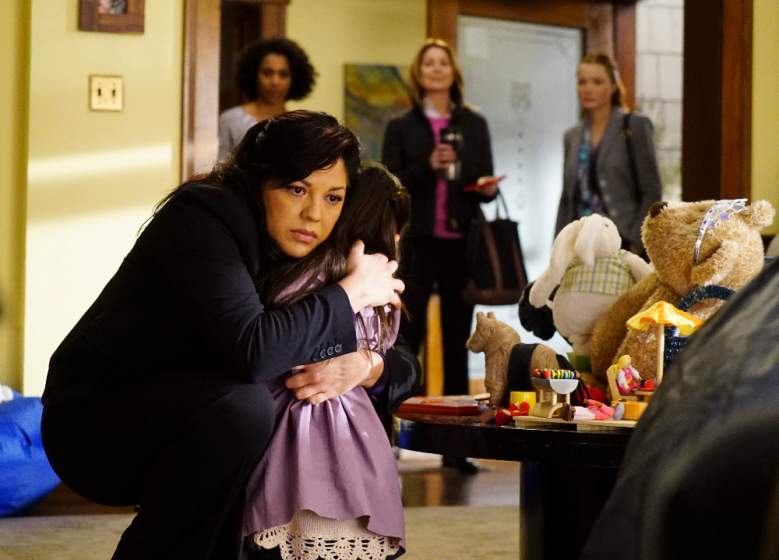 1. Ramirez Announced Her Exit After the Season 12 Finale

Ramirez issued a statement immediately following the Grey’s Anatomy season 12 finale that she would not be returning after 10 years on the show. The long-running medical drama is set to return for a 13th season in the fall as part of ABC’s Thursday-night lineup.

In her statement, obtained by The Hollywood Reporter, Ramirez said:

I’m deeply grateful to have spent the last 10 years with my family at Grey’s Anatomy and ABC but for now I’m taking some welcome time off. Shonda’s been so incredible to work for and we will definitely continue our conversations! I send my love to Ellen [Pompeo], the rest of the cast and crew, and I look forward to always being a part of the Shondaland family!

Ramirez joined the show during the second season as a love interest for T.R. Knight’s character Dr. George O’Malley. She was promoted to series regular in season three. Grey’s Anatomy creator Shonda Rhimes wished Ramirez the best in her own statement.

Dr. Callie Torres came into our lives dancing it out in her underwear almost a decade ago and I could not be happier or more proud of her journey. Sara Ramirez’s performance inspired me as well as millions of fans each week. We wish her the best on her well-deserved time off. I will miss Callie tremendously, but am excited for what the future holds for Sara. She will always have a home at Shondaland.

Spamalot – What Ever Happened To My Part? (FULL)From the broadway musical Spamalot Dont leave me coments saying 'You shouldnt be recording this' etc. Beacse I didnt record it, i found it online. I think this show was preformed in 2005, not sure. Anyways – Enjoy2009-07-05T04:35:46.000Z

Ramirez’s abrupt exit from the hit ABC series didn’t exactly come out of the blue. She hinted at the possibility of leaving last month in a cryptic tweet. The 40-year-old actress wrote on April 27, “That’s a wrap for Doctor #CallieTorres #Season13 #GreysAnatomy #ThankYou all for an enriching & unforgettable #Rollercoaster ride.”

Prior to joining the Grey’s cast, Ramirez starred in the Tony-winning Broadway musical Spamalot. She originated the role of Lady of the Lake in Chicago before the show moved to New York where Ramirez won a Tony award for Best Featured Actress in a Musical.

3. Rhimes Left the Door Open for Ramirez to Return to ‘Grey’s Anatomy’

After a long fought custody battle, Callie compromised with her ex-wife Dr. Arizona Robbins (Jessica Capshaw) on a shared custody agreement that would allow Callie to have more time with their daughter, Sofia. Two weeks ago, Arizona had secured sole custody of their child and Callie had dumped her girlfriend, Penny (Samantha Sloyan), blaming her for losing the case.

In the end, Callie would take Sofia to New York for two weeks so she can reunite with Penny. Sofia will come home to Arizona and they will split summers and school years, but Arizona gets this Christmas. The long stalemate between the former wedded couple had finally ended.

4. Ramirez Is the Latest Star to Leave the ABC Medical Drama

Grey’s Anatomy has always found a way to bounce back after major cast changes and this 12th season proved that again. In the previous two seasons, the show lost Patrick Dempsey when his character, Derek “McDreamy” Shepherd, was killed near the end of season 11. Sandra Oh also departed the show at the end of season 10. Both actors had been with the series since the pilot.

Four other actors have remained with the show since the beginning including Ellen Pompeo (the title character Meredith Grey), Justin Chambers (Alex Karev), Chandra Wilson (Miranda Bailey) and James Pickens (Richard Webber). This group along with Kevin McKidd, who joined the show in season five, are negotiating contracts for season 13, according to The Hollywood Reporter. They are all expected to come back.

5. Rhimes Has Wanted to Explore Arizona’s Storyline Without Callie

Ever since Rhimes split up “Calzona” in the beginning of season 11, the showrunner has enjoyed exploring the characters of Callie and Arizona as individuals. The characters could never break totally free of each other since they had to remain co-parents.

Rhimes explained her thinking to The Hollywood Reporter shortly after she split the couple.