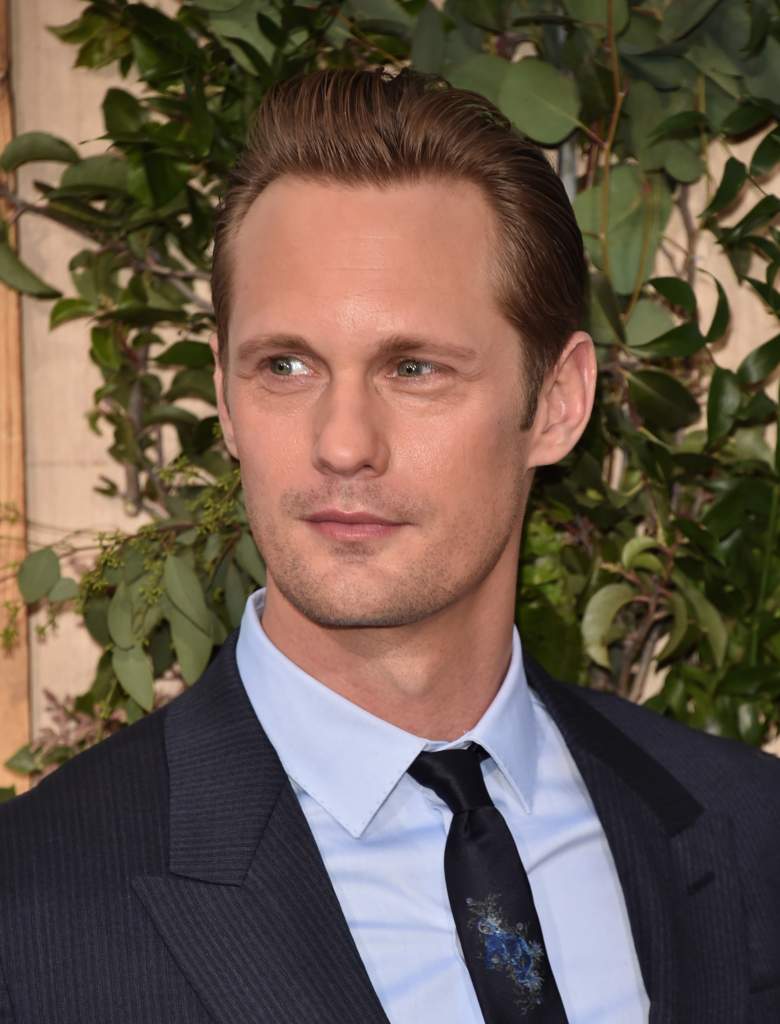 As The Legend of Tarzan hits movie screens, many moviegoers are wondering: Who is the impossibly athletic, handsome and stoic leading man who swings on vines so easily?

He’s Alexander Skarsgard, a Swede, whose best known role before he fell in love with Margot Robbie’s Jane was as a vampire in the television series, True Blood. He’s also from an iconic acting family.

The movie retells the old tale in a new way, by starting after Tarzan is already in England, occupying his role as John Clayton, Third Viscount Greystoke. He returns to Africa, where he was raised by gorillas, to confront an old enemy and a new one.

1. Alexander Skarsgard Went on an Insane Diet to Get In Shape for Tarzan

The 6-foot 4 1/2-inch tall Skarsgard told talk show host Conan O’Brien he ate chicken breasts and broccoli for nine months straight to prepare for his Tarzan role, as well as undergoing training. He swore off sugar, cream, and processed carbs. He ate six meals a day, but the portions were extremely small, so he always felt hungry.

From the number of shirtless scenes in The Legend of Tarzan, it appears all of the work paid off. Sadly, some of the reviews are mixed or not good.

Movie Review: The Legend of Tarzan is The Terminator but set in the jungle and terrible. https://t.co/52D4RullnA pic.twitter.com/1AyWwAnl5Z

2. Alexander Skarsgard Stars as a Viking Vampire in True Blood 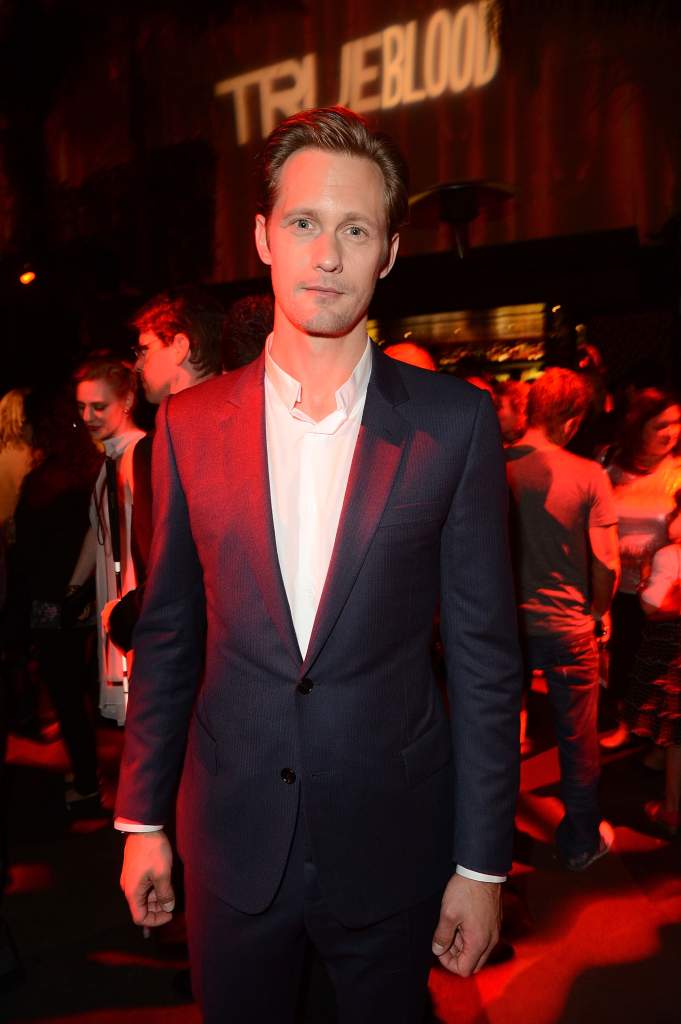 Fans of the Vampire television series on HBO will recognize Alexander Skarsgard for his role as Eric Northman, which Interview Magazine describes as “a millennium-old Viking vampire who favors silk robes and keeps busy with his work as both area sheriff and as a budding nightlife impresario.” Celebrity Net Worth reports his net worth at $12 million, partly due to a $275,000 per episode salary for True Blood.

Before True Blood, Skarsgard appeared In a bit part as a male model in 2001’s Zoolander. Some of his lines ended up on the cutting room floor.

His profile started to rise in America in 2008, when he co-starred in Generation Kill, an HBO miniseries in which he played a U.S. Marine Sergeant fighting in Iraq. 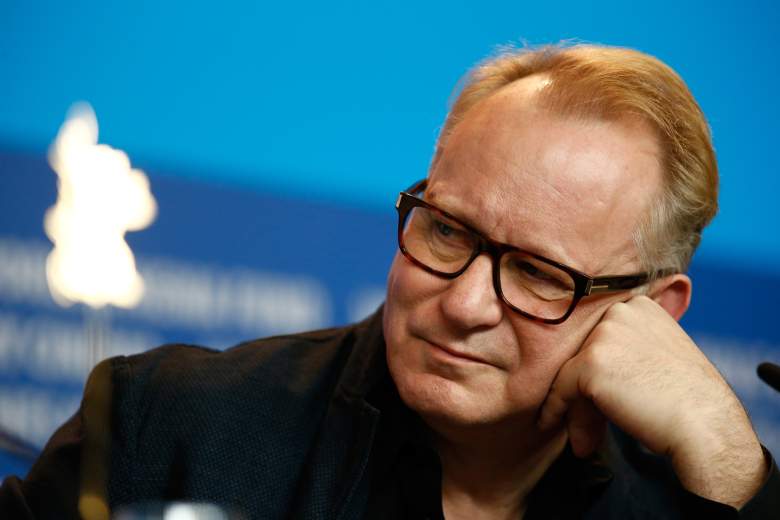 Stellan Skarsgard, Alexander’s father, has starred in his own share of Hollywood blockbusters, including Thor, Good Will Hunting, and Mamma Mia! Entertainment Weekly says that Alexander Skarsgard grew up watching old Tarzan movies in his home. The magazine calls Skarsgard’s dad a “Tarzan superfan.” According to GQ, Stellan is Sweden’s biggest movie star.

Alexander was born in Stockholm, Sweden on August 25, 1976, according to IMDB.com. He grew up in a popular neighborhood called SoFo, says Marie Claire. His father’s acting breakthrough did not come until 1996, though, when Alexander was already an adult, although Stellan was a stage actor first. Alexander was raised in a working class home. His mother, My Skarsgard, is a physician.

Alexander started acting at age eight and continued working on Swedish television and in movies throughout his teenage years. He stopped acting for a time to get an education. Father and son acted together in the 2011 movie, Melancholia. He told Mr. Porter that his childhood was an idyllic one, “It was an incredible childhood, it really was. No one ever locked the doors. We didn’t even have keys.”

4. He kissed Lady Gaga in a Music Video but He Has a Girlfriend

Skarsgard can be found kissing Lady Gaga in her 2009 music video for “Paparazzi.” You can spot him at about 1:30 in, passionately making out with the singer against a balcony railing.

However, UK Daily Mail says he is dating the British fashion model and “It Girl” Alexa Chung. Alexa frequently posts pictures of the couple on Instagram.

ENews reports the couple has been dating since 2015 but, when asked by a fan if he was planning to get married to Chung in the next year, Skarsgard said, “Not that I know of.”

He’s made similar comments to the news site Mr. Porter, saying, “I’m not married. I don’t have kids. I feel OK about it. No midlife crisis yet.”

5. Skarsgard Said He Was Comfortable Being Half Naked in Tarzan 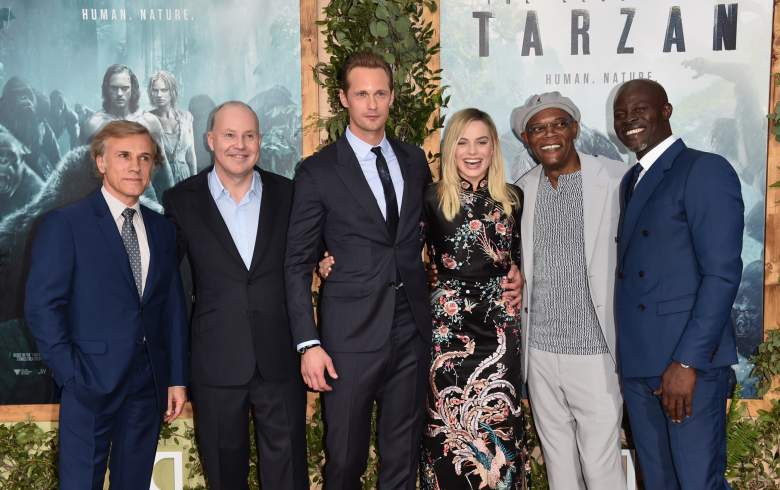 Alexander Skarsgard with the other cast members of The Legend of Tarzan. (Getty)

Alexander told Conan O’Brien that he didn’t mind spending so much time half naked in Tarzan. He said people are more comfortable with nudity in Sweden, calling his dad an “old hippie” and “Bohemian” who walked around naked. Yes, he actually said that!