Everything you need to know about celebrity couple Miley Cyrus and Liam Hemsworth and their on-again-off-again relationship. (Getty)

Liam Hemsworth and Miley Cyrus seem like an unlikely couple. The pretty boy from Australia and the child star turned pot-smoking rule breaker from the Nashville. No wonder they’ve broken up so many times.

However, there must be something real there because they keep finding there way back to each other.

They actor and actress/singer first met when they played a couple in the film The Last Song, and seven years later, they’ve been through a lot but are officially back on the romance to marriage.

Find out all about their tumultuous relationship below. 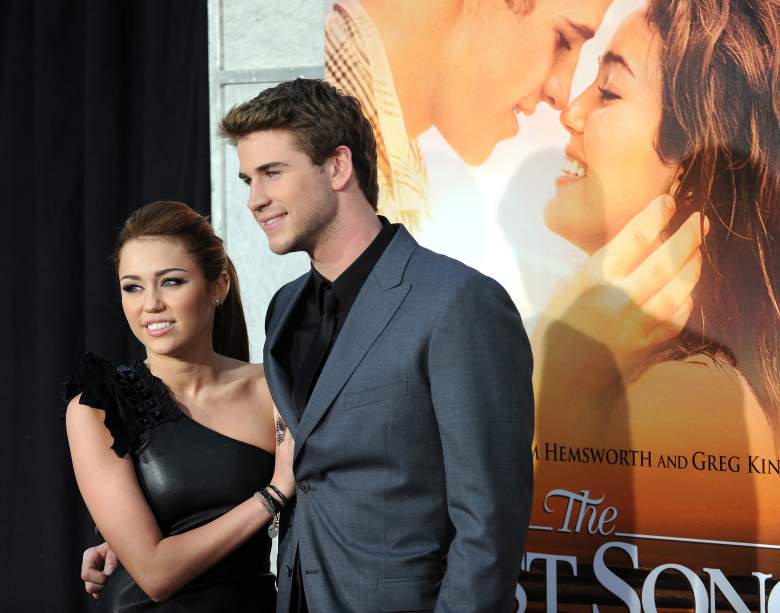 Actress and singer Miley Cyrus and actor Liam Hemsworth at the premiere of The Last Song, the film that first brought them together in 2009. (Getty)

They two first met when they were both cast in the film The Last Song, based on a romance novel by Nicholas Sparks. And the sparks did fly.

According to Us Weekly, Hemsworth felt something on set of their Nicholas Sparks film, The Last Song, in 2009.

When you start, you want to be professional, but when you’re filming those scenes with someone [in The Last Song] and pretending to love them, you’re not human if you don’t feel something.

2. They Announced Their Engagement in 2012 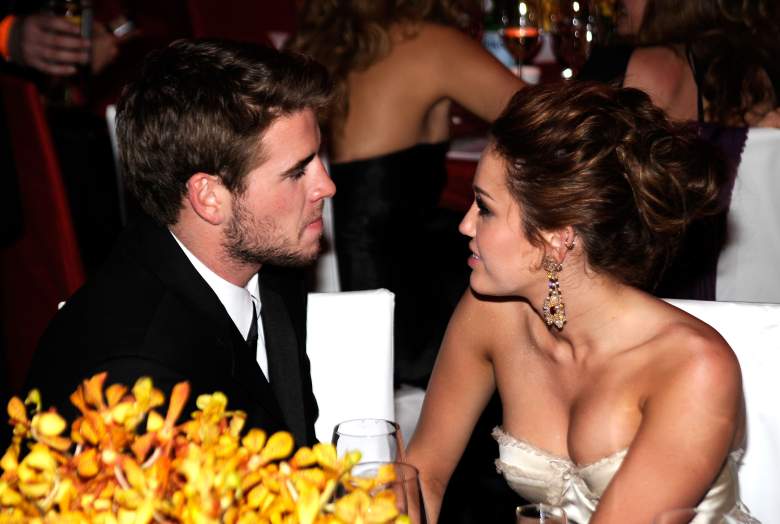 Hemsworth and Cyrus during one of their first public outings as a couple. They got engaged just a few years later. (Getty)

Cyrus confirmed the couple’s engagement with a comment, according to PopSugar:

I’m so happy to be engaged and look forward to a life of happiness with Liam.

PopSugar claimed that he proposed the week before the announcement with a 3.5-carat Neil Lane diamond ring. 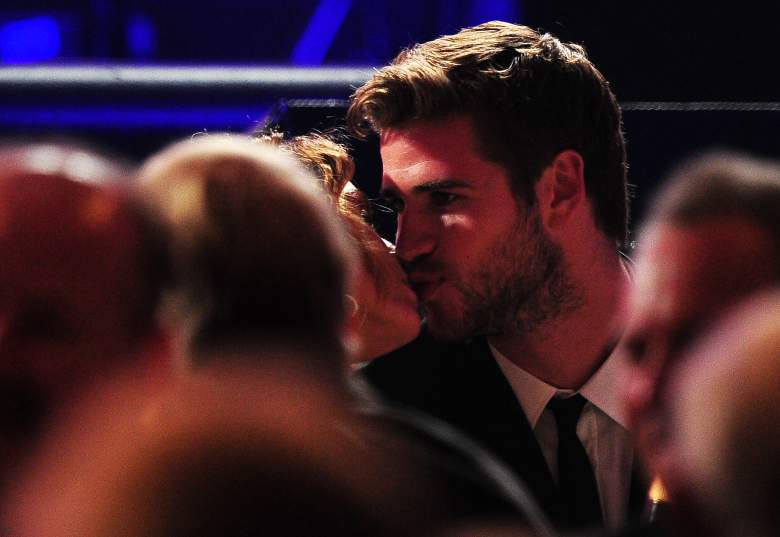 Hemsworth kisses Cyrus in between their few breakups. (Getty)

They called off their engagement in 2013. The public first noticed because Cyrus unfollowed her fiance on Twitter and the pair acted like strangers at the premiere of Hemsworth’s film, Paranoia. However, her drastic change was the last straw, it seemed (remember her twerking against Robin Thicke at the MTV VMAs?) and peps for both Cyrus and Hemsworth confirmed to People that the engagement was off. 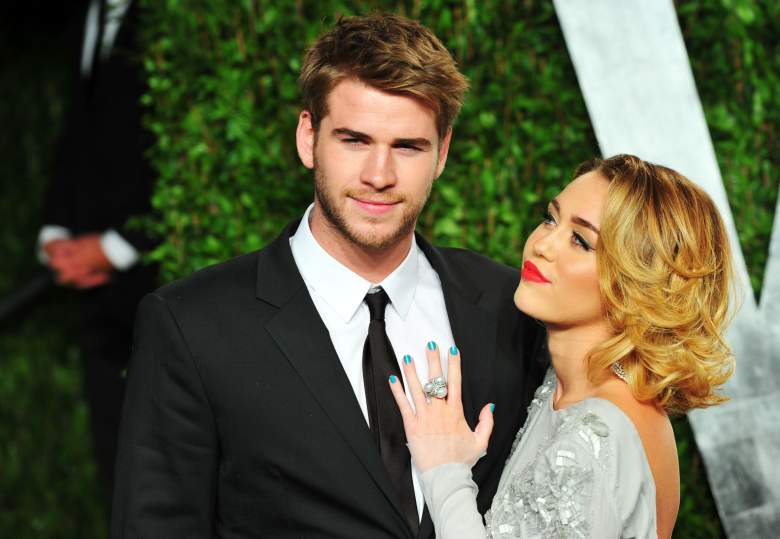 Cyrus and Hemsworth found their way back to each other despite problems in 2016. (Getty)

After Cyrus sparked rumors by wearing a ring that looked a lot like her engagement ring from Hemsworth, sources revealed to E! that the engagement was officially back on.

She feels like they could pick up right where they left off. Miley has never gotten over Liam and always hoped they would get back together. She doesn’t know where it will go, but she definitely still loves him.

5. They’ve Both Been With Other Celebs in Between Engagements 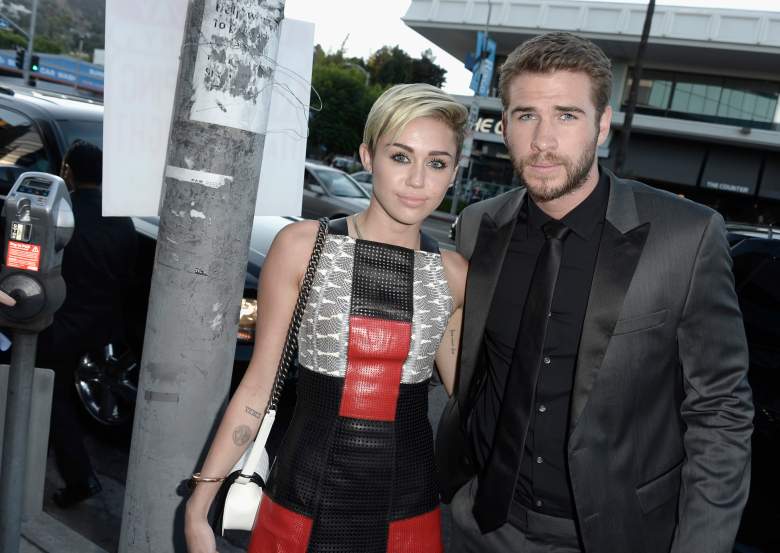 Find out who they have dated when not together. (Getty)

While there have been cheating rumors about both Hemsworth and Cyrus, that’s all they’ve ever been: rumors. No one has ever confirmed anything. However, both stars have moved on during their break ups.

Hemsworth was caught kissing singer Eiza Gonzalez days before he and Cyrus announced their 2013 break up.

Cyrus dating Patrick Schwarzenneger in 2014 and confirmed it with a kiss, according to PopSugar. Apparently, they also dated in 2011 during an earlier Hemsworth/Cyrus split, and then got back together after the engagement was called off. 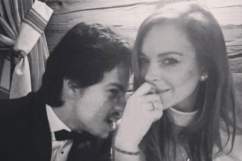 Read More
Celebrities, Liam Hemsworth, Miley Cyrus
Celebrity couple Miley Cyrus and Liam Hemsworth have broken up and got back together more times than we can count but here's the history of their romance, which led to their current engagement.