Tonight is the 10th annual ACM Honors, the 2016 edition. The Academy of Country Music honors off-camera winners from the ACM Awards, which was held in April 2016, and pays tribute to other stars with various awards. For all the details on how to watch the event via live stream, who’s hosting, what time it’s on and what channel to watch, read on below.

LIVE STREAM: Click here for all the details on how to watch the ACM Honors online via live stream. 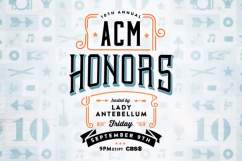 ACM Honors 2016 Live Stream: How to Watch the Show Online