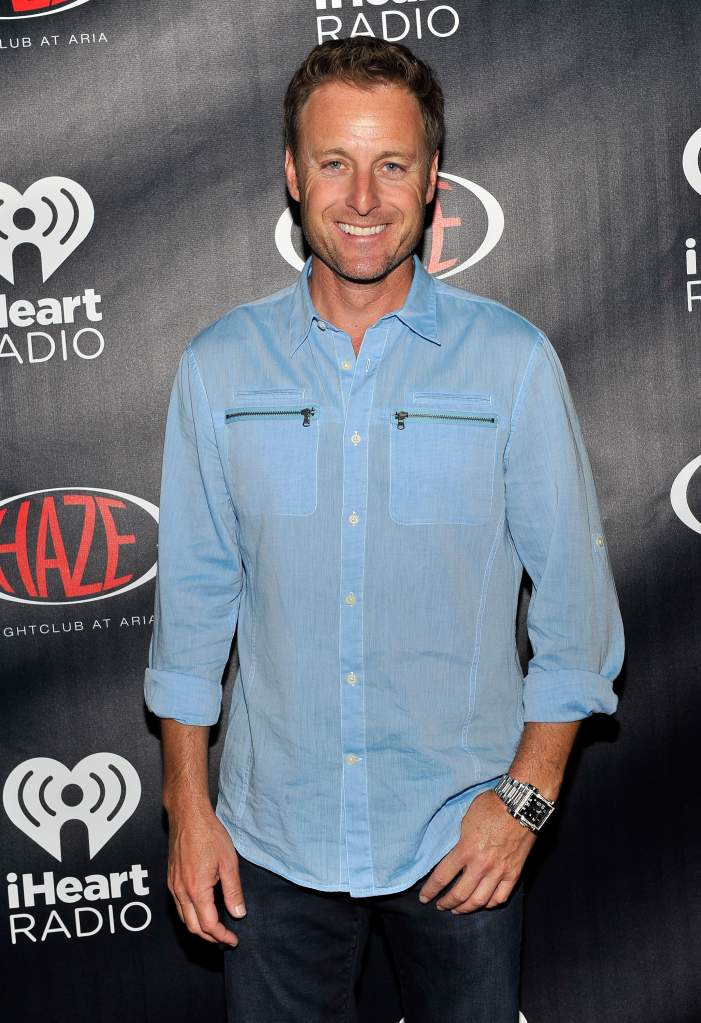 Chris Harrison arrives at the after party for the 2014 iHeartRadio Music Festival. (Getty)

Chris Harrison spends a majority of his time watching romance blossom into love and sometime marriage, but has he had any time to find his own special someone? After spending some time on The Bachelor, one would think we’d have a better idea of what Harrison’s love life looks like, but he’s done a good job at keeping it under wraps. So, what’s the deal? Who is Harrison dating these days? Does he have a girlfriend? 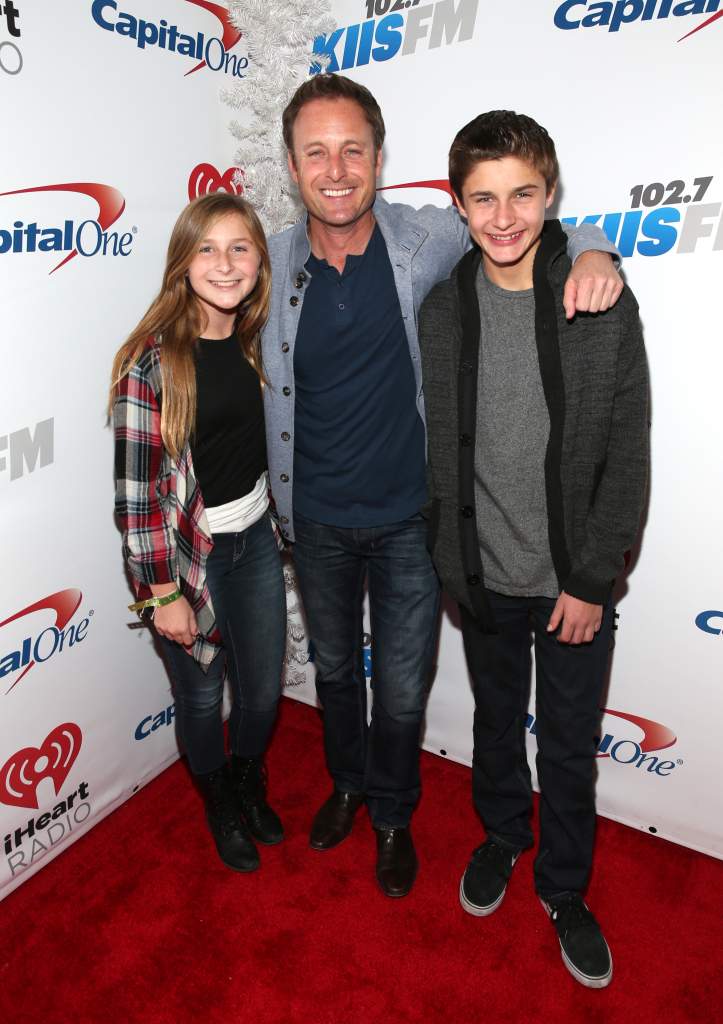 Harrison married to his college sweetheart, Gwen Harrison, in 1994. He has two children with her– Joshua and Taylor. In 2012, after 18 years of marriage, the couple announced that they were getting a divorce. Harrison has admitted that he’s not ready to focus on his own love life again until he knows his kids are “good”, and has added on that he dreams of his daughter Taylor taking over his duties as host of the show one day. Earlier this year, the reality show host told the Daily Beast, “She’s just coming to an age where she’s allowed to watch the entire episodes, ‘fantasy suite’ and all…. We had long discussions about how to respect yourself and how to respect your body, the choices you’re making and how they affect and reflect on your family and your faith.”

In January, rumors swirled that Harrison was dating former Bachelorette Andi Dorfman after she posted a photo with him to her Instagram account with the caption, “Distance makes the heart grow fonder and the whine flow stronger when it comes to @chrisbharrison” followed by a heart emoji. 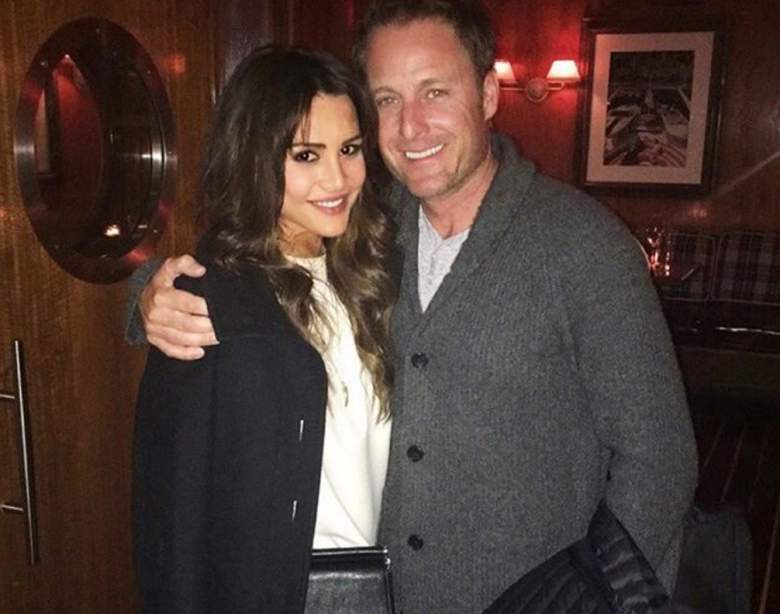 Based on the fact that neither commented on or admitted to a romance, and that there’s no other substantive evidence that the two were ever really together, it’s probably safe to say that Andi and Chris were just friends.

In February, The Daily Beast came out with an article about Harrison’s love life. In it, they reveal that The Bachelor host doesn’t meet women online, or use Tinder. He also claims that he’s never dated any of the show’s contestants.

It seems that that may not be the case, though. In April, the rumor mill (though whether this is a rumor or reality is still up for debate) churned out another potential girlfriend for Harrison- AshLee Frazier from Sean Lowe’s season of the show. The two were spotted hanging out together in Houston,  and Harrison posted a photo of her to Twitter with the caption, “Never now when or where you’ll run into #BachelorFamily.

Reality Steve reported that the two didn’t just “run into” each other, though– they were seen together a few times over the weekend. Hollywood Take writes, “They were spotted at a Houston bar Friday night, and the following day they attended a birthday party. While Steve isn’t sure of Ashlee and Chris’ relationship status, it seems possible they are more than just friends.” Reality Steve added on, “I just know they spent three days together this past weekend in Houston and, well, usually you don’t spend a weekend with someone you aren’t interested in. I’m very proficient when it comes to math and I know what 2 + 2 is, so, I think it’s safe to say I can kinda see what’s going on here. But who knows?”

The rumors are particularly interesting when considering that AshLee and Chris were openly flirting during a “Women Tell All” episode back in 2013. While the special was filming, AshLee was reportedly giving Harrison ‘sexy eyes’, and on top of that, she told Life & Style she thought Chris was a good looking guy, and she’s open to dating him.

Harrison hasn’t commented on any of these allegations, and that’s not really a surprise– he has an extremely hectic schedule with all the show’s he’s involved with. But why doesn’t he seem to have luck with the ladies, in terms of full-fledged relationships? That’s just it– time. Harrison told the Daily Beast, “I need to quit working a little bit and maybe work on my own life a little bit.” Harrison added on that he would like to find love now, and is ready for it. “Look, as you can tell by the book and by the show, I’m a hopeless, helpless romantic just like everybody else, so hopefully I’ll follow my own advice one day.”