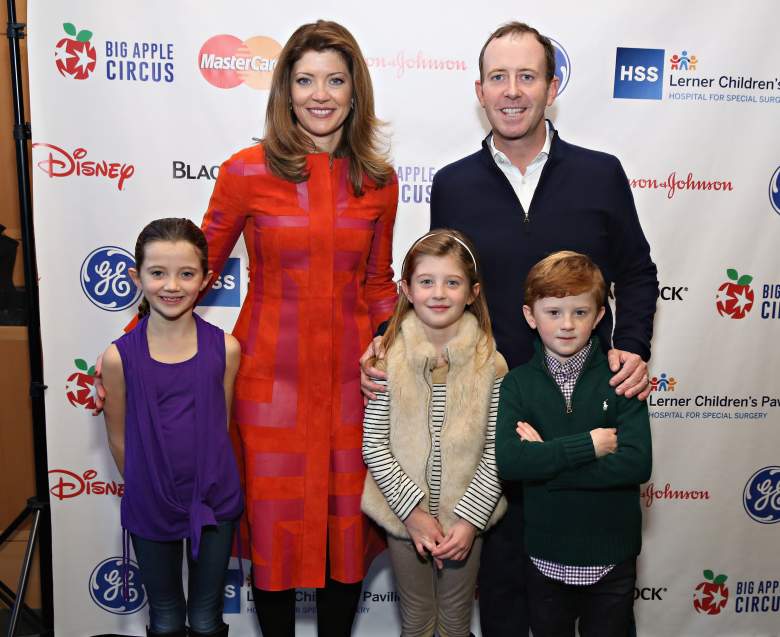 Norah O’Donnell, her husband Geoff Tracy and their children, Riley, Grace and Henry, in December 2015. (Getty)

Geoff Tracy is married to CBS This Morning anchor Norah O’Donnell and the two have three children, Riley, Grace and Henry. Tracy is an accomplished chef, running three restaurants in the Washington, D.C. area. The two have been married since June 2001.

Here’s a look at Tracy’s life and career.

Geoff Tracy with his mother. (Instagram/@Chef_geoffs)

Tracy graduated from Georgetown University in 1995 and from the Culinary Institute of America in 1998. Two years later, he opened his first restaurant, Chef Geoff’s, which was followed by Chef Geoff’s Downtown in 2002. He was only 27 when the first restaurant opened.

His third restaurant is LIA’S in Chevy Chase, Maryland, which opened in 2006. That was followed by Hank’s Taver & Eats (2008) in Hyattsville, Maryland, Chef Geoff’s Tysons Corner (2009) in Vienna, Virginia and Chef Geoff’s Rockville (2012). Tracy also has a restaurant inside Dulles Airport.

Tracy’s business has hit a rough patch. In November 2015, the Rockville location was closed after less than three years. He told the Washington Post that he probably should have closed it over a year before he finally did. He blamed high competition in the area for the location’s failure.

He also closed the Downtown location at the end of last year as the building is being redeveloped. Tracy filed a lawsuit to stay in the building, but it wasn’t successful. 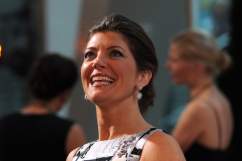 Tracy and his business partner, his brother Chris Tracy, focus on statistics and consistency to keep their business successful. As The Washingtonian noted in a 2012 profile of Tracy, his team has 800 “standards” that the restaurants adhere to. This includes making sure wines are dated to make sure they are fresh, making sure the dishwasher’s rinse set is at the right temperature and other tasks. The Tracy team then makes monthly and quarterly report cards based on the data.

“Consistency is a lot harder than it looks. It might just be the hardest thing of all to achieve,” Tracy told the Washingtonian.

When he opened his Rockville restaurant, he hoped to use data as a recipe for success. As the Washington Diplomat noted, the menu was created as a mix of the most popular dishes from Chef Geoff’s other locations.

The Washingtonian also noted that training at Chef Geoff’s restaurants is constant, so everyone always has something new to learn.

Our vice president, Chris Tracy, who joined me in 2006, has been instrumental in implementing systems that create structure and organization. We have very clear expectations and training. We constantly measure and evaluate performance. This means we can fine tune operations. Chef Ramsay is grumpy because he doesn’t have those systems. 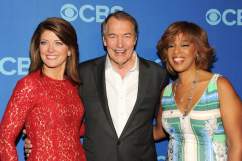 Norah O’Donnell Photos: The Pictures You Need to See

O’Donnell and Tracy were college sweethearts, meeting during his freshman year. According to The Washingtonian, he saw her and her roommate in a cafeteria line. They married in 2001. Their twins, Grace and Henry, were born in May 2007. Their daughter, Riley, was born in July 2008.

“I knew I was truly part of the restaurant world when I was helping Chef Geoff paint the walls in his first restaurant,” O’Donnell said in an interview with MarriedToAChef.com. “We had no money for painters or contractors so we had to do it all ourselves. Geoff was amazing and through sheer force of will and good friends opened his first restaurant at age 27.”

In 2010, O’Donnell and Tracy collaborated on the bestseller Baby Love: Healthy, Easy, Delicious Meals for Your Baby and Toddler. 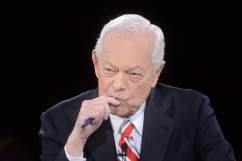 4. The Couple Splits Their Time Between New York & Their $3.2 Million Washington D.C. Home

In 2010, O’Donnell and Tracy bought a $3.2 million home in D.C.’s Wesley Heights. They were planning on redoing their kitchen in 2013, but O’Donnell was offered a job at CBS News and had to move to New York. As the Washington Post noted at the time, they split their time between a New York apartment and their D.C. home. The home has seven bedrooms and four levels.

“That’s kind of typical of our lives,” Tracy told the Post. “Every time everything seems to be coming together and completely organized, something new comes up.”

Before the move, Tracy told the Washingtonian that there was no reason for his customers to worry about the move to New York. He explained:

Probably that the food writers will make this into something bigger than it is. But seriously, there is no fear or fret associated with this opportunity. Henry, Grace, and Riley want to check out the big toy store, the tall buildings, and Central Park. I’m eager to check out the food scene and explore the city. I have never spent more than a night in New York City. But remember, I’m not leaving DC; I’m just traveling more. I have spent 21 years of my life here. I am a Washingtonian. I promise you Chef Geoff’s will be rolling here for decades to come. 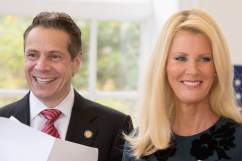 In his 2011 interview Modern D.C. Business, Tracy said he agrees with O’Donnell’s theory that a “work life – personal life balance” is important.

“A career takes up a lot of time. Fortunately, I love my work,” Tracy explained. “I think that makes me a good role model for my kids. I have also achieved a point in my business where I can hire people to do what I used to do who are much better than I ever was. That is pretty liberating.”

During his career, Tracy has earned awards from the National Restaurant Association and the Washington Business Journal and won the RAMMY Award for “Hottest Restaurant Bar Scene” in 2011 for Cheff Geoff’s Tysons. He was picked as Best Local Chef by the Washingtonian Magazine’s readers in 2012.

“I think our relationship keeps getting stronger,” O’Donnell told MarriedToAChef.com in 2011. “Any good marriage is about helping your loved one achieve his or her best self. Do I sound like Oprah or what? I want to be my husband’s best friend and biggest cheerleader. Of course, success helps. But I’m most proud of him because I know how hard the fight was to reach greatness. Nothing in life is easy – nor should it be!”