Are there other parks like Westworld that are run by Delos? Fans are wondering after some key events that happened in the Season 1 finale. The source code to a Westworld HBO-run website provides some clues. This article contains spoilers through the Season 1 finale, along with possible spoilers if any of these theories are correct.

In Episode 10 of Westworld Season One, Maeve and her crew discover a strange logo on a door that looks nothing like the Westworld logo. It looks more like the initials SW:

When they enter, they see people in Samurai suits fighting with swords. At the time, the characters are unaware of the existence of other parks. But this seems to indicate that maybe another park does exist.

Later on, when Maeve is about to exit the park, Felix gives her something. It’s a piece of paper with the location of her daughter. This has something very interesting written on it: “Park 1.” 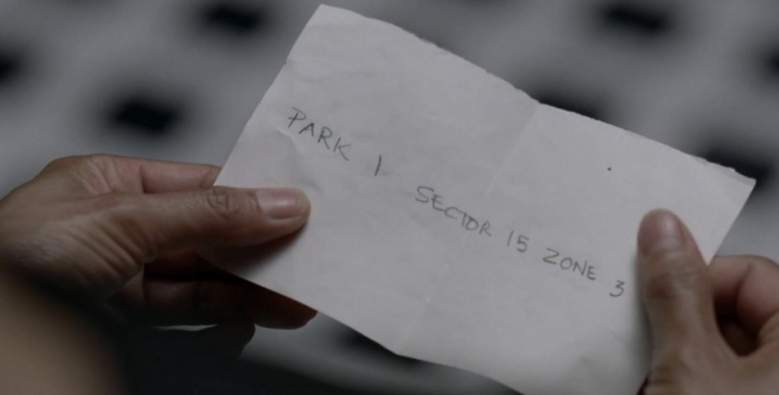 The location of Maeve’s daughter. (HBO)

Together, these two clues can only mean one thing: Westworld isn’t the only “world” you can visit. So what are the other worlds?

We can assume the Samurai are destined for a world they would fit in. This is likely Japan. They are behind the SW door, so their world probably follows the same naming convention. South World doesn’t really fit with Japan, but Samurai-World does, as does Shogun-World.

But are there more than two? One can only guess from the TV show, but if you look at the source code for DelosIncorporated, a show-affiliated site, then you find a few interesting hints in the “keywords” section.

Among the keywords you find Future World, Roman World, and Medieval World. Conspicuously missing is an S-World. These may be hints to the other parks, or they may simply be references to the movies. If you recall, Westworld is loosely based on a movie by Michael Crichton. The movie Westworld and its sequel had additional theme parks that included Future World, Roman World, and a Medieval World.

In conclusion, the show has confirmed the existence of other parks, but it hasn’t officially revealed their themes. There have been hints that Samurai/Shogun World, Roman World, Future World, and Medieval World are all strong possibilities. Sadly, Game of Thrones world was not one of them, despite lobbying from George RR Martin himself.