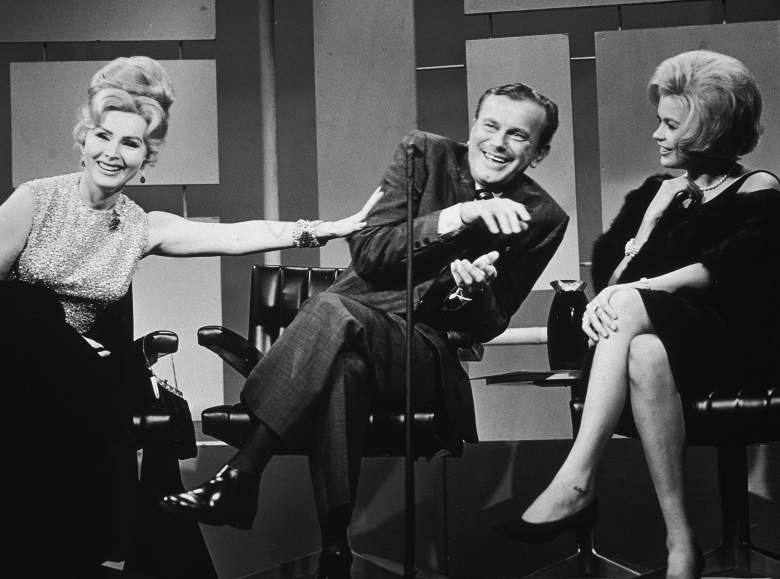 While some actors and actresses fade away from public view when their careers die down, Zsa Zsa Gabor, who died on December 18 at age 99, did not. She cashed became a socialite who was famous for her many marriages and just for the fact that she was famous. She made non-stop appearances on late night talkshows during the 1960s and continued to appear on talkshows until the 1990s. She didn’t have anything to promote – hosts just liked having her around.

Here’s a look at some of her best talkshow appearances.

She even became a favorite of David Letterman’s. Gabor was on Late Night three times during his tenure there. When he moved over to CBS to host The Late Show, she was on twice in 1993 and another time in 1994.

For one stop on The Late Show, Letterman and Gabor filmed a segment where they drove around Southern California to test out fast food restaurants.

Oprah Winfrey Gets a House Tour

In 1989, Gabor took Oprah Winfrey on a tour of her home, which was previously owned by Howard Hughes. She continuously calls Oprah “dahhling” and tells the host that she doesn’t need to lose weight. “Men like something to hold onto,” she said.

Gabor Shows Her Love for Dogs

Here’s a 1991 interview on a show called Attitudes, where Gabor brought her dog. Gabor rescued the dog. She said it was doing well, but still wanted to be babied. “But he still wants to be babied, like all men do.”

In the following interview, Gabor talks with the late comedian Joan Rivers in 1989. In the interview, the two discuss the tabloid coverage of Gabor at the time. Gabor was the subject of tabloid reports for the majority of her later life, as her last husband, Frederick von Anhalt, would provide constant updates on her every health issue. In September 2012, he told the New York Post that Gabor found out that she had her right leg amputated 18 months after it happened.

In 1994, Gabor went on Arsenio Hall’s show, but the mood was much more serious. At this time, her never-ending feud with German actress Elke Sommer escalated into a libel lawsuit. In 1993, von Anhalt, and Gabor were ordered to pay Sommer $3.3 million in damages for defaming her in interviews in Germany.

In an early 1990s episode of Vicki!, a show Carol Burnett Show actress Vicki Lawrence hosted, Gabor appears with her only daughter, Francesca Hilton. Francesca died in 2016 at age 67 after a stroke.