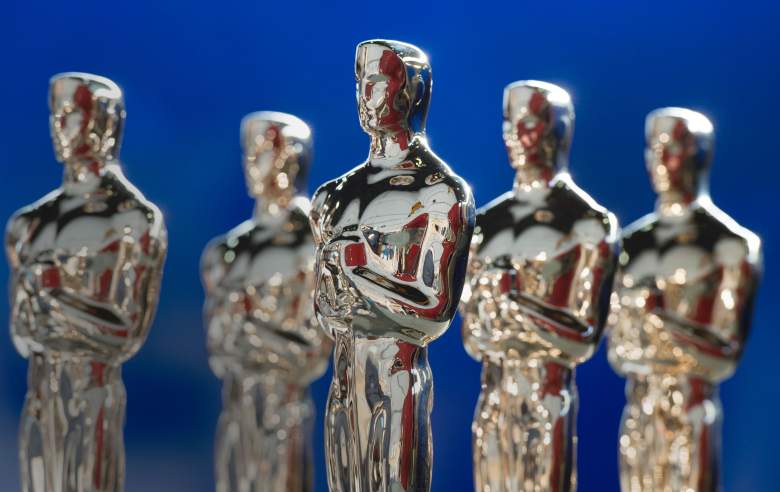 The nominations for the 89th Annual Academy Awards were recently announced. You can watch a video recap of the announcements here, but we’re focusing on the Best Original Song for a Motion Picture category.

There are five nominees, all of which hold special meaning to the films they were written for. Here are five fast facts about the 2017 Oscar nominees in the Best Original Song category.

La La Land composer Justin Hurwitz helped director and writer Damien Chazelle create a modern-day musical. With the recent announcements of the 2017 Academy Awards nominations, we’ve learned that Hurwitz’s song “Audition (The Fools Who Dream),” performed by Emma Stone, has been nominated in the Best Original Song category. Another one of his songs was nominated as well, but we’ll get to that shortly.

Stone revealed in previous interviews that she hadn’t thought of herself as much of a singer. As we can see from this nomination, her singing is award-winning according to critics. She just won the Golden Globe for Best Actress, too. Add in her Best Actress Oscar nomination and she’s taking over the awards ceremonies.

The song, “Audition (The Fools Who Dream),” is the soundtrack to the song’s climax. Stone’s character and Gosling’s character reunite briefly for a special audition. Stone sings this song, and the entire story changes. Is that kind of influence on a movie enough for the song to get the Oscar?

It’s probably no surprise that La La Land, the breakout hit musical that garnered the most nominations for the 2017 Academy Awards, has two original songs nominated for the Best Original Song category. The duet, “City of Stars,” is the second song from the movie to make it into this category.

We can’t help but compare this song to La La Land‘s other nominee, “Audition.” Each tune, both written by Hurwitz, appears throughout the Oscar-nominated film, in different takes and levels of completion. While “Audition” was a great solo, duets are hard to ignore. Especially when there’s a marvelous dance routine involved.

Considering the movie swept the Golden Globes, it might be safe to say that one of these songs could take home the coveted trophy, but which one? Either way, the odds are in Hurwitz’s favor for taking home the statue.

3. ‘Can’t Stop the Feeling’ by Justin Timberlake for ‘Trolls’

“Can’t Stop the Feeling” is more than a song created for an animated feature. It became one of the songs of the summer. Timberlake and his writing partners, Max Martin and Karl Johan Schuster, created this year’s “Happy,” essentially by capturing the simplicity of felling good into a song. Maybe that’s what we can expect from original songs for animated films.

The pop star angle might not be a good omen for Timberlake though. Pharrell’s “Happy” ended up only a nominee for this category. He lost to “Let it Go” from Frozen. That tune was performed by non-pop star Idina Menzel, mostly known for her musicals.

“Can’t Stop the Feeling” was the best-selling song in the US, second most streamed, and downloaded song of 2016, according to Billboard. Adding “Academy Award-winner” to the song’s credits would be a great feat, and we’re sure Trolls fans would agree.

Speaking of this year’s other animated feature original song nomination: “How Far I’ll Go,” written by the talented Lin-Manuel Miranda is also nominated. The Disney Pixar nominees have a bit of an advantage in past Academy Awards, and this song performed by Alessia Cara for the film Moana definitely has a chance to repeat some history.

Cara’s version was featured on the film’s Soundtrack, but Moana actress Auli’i Cravalho was the featured singer on film. We’ll keep you updated concerning whether or not the song will be performed, and by whom, at the ceremony this year.

In fact, if this song takes home the Oscar, Miranda would make some history. This would result in him accomplishing the coveted EGOT. His Tony, Grammy, and Emmy awards have already been collected, and he only needs an Oscar to finish the collection.

Jim: The James Foley Story is a documentary about a photojournalist whose work eventually led to his death at the hands of ISIS. Clearly a powerful documentary, the movie needed an equally moving song. So veteran documentary film composer J. Ralph and singer-songwriter Sting came together. The result is a simple, elegant piano ballad with the airy vocals of one of the world’s most talented singers.

Documentary nominees are the wildcards of the group. The songs are usually more likely ballads, which don’t always do great in this category. “The Empty Chair” could pull on the heart-strings of Academy voters, though.