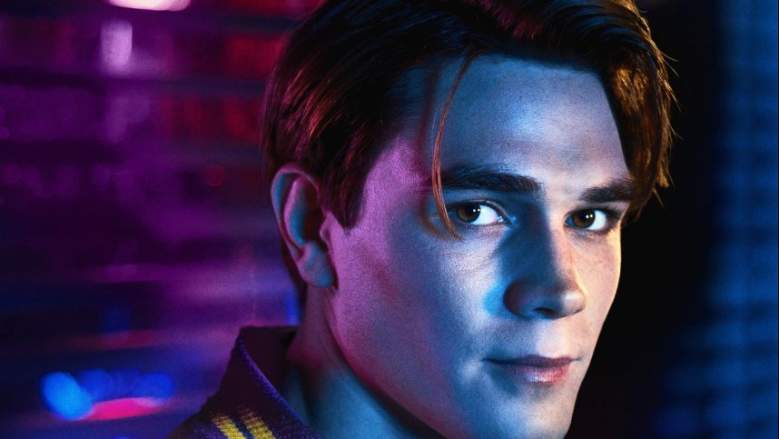 Keneti James “K.J.” Apa has a big task ahead of him. The New Zealand-born actor plays America’s Favorite Teenager Archie Andrews in Riverdale, the new soap drama that starts on The CW on Thursday, January 26 at 9 p.m. ET. The show is a darker, more adult take on the legendary Archie Comics characters, many of whom have been around for 75 years.

In the new series, Riverdale isn’t as perfect as it seems after high school student Jason Blossom is murdered. Although that murder is at the center of the show, it is still built on the foundation set in 1941. Archie is an all-American teen, who is still in the middle of a love triangle between Betty (Lili Reinhart) and Veronica (Camila Mendes). Jughead (Cole Sprouse) is his best friend. In Riverdale, Archie is also interested in becoming a musician, and asks Josie McCoy (Ashleigh Murray) of Josie and the Pussycats to be his mentor.

The 19-year-old Apa is currently single.

Here’s a look at Apa, how he landed the part and his career.

Apa’s career started in his native New Zealand. He managed to get a role on the long-running soap opera Shortland Street, where he played Kane Jenkins. In 2016, he was also in the six-episode series The Cul De Sac. Getting his first role on Shortland Street was not easy.

In an interview with Teen Vogue, Apa said it was his mother who signed him to a modeling agency, but “never got any work.” The half-Samoan actor decided to audition for Shortland Street and got the part of Kane in 2014. Apa told Teen Vogue that the role is similar to Archie.

“My character had gotten into a relationship with his P.E. teacher so I literally had just played a similar storyline,” Apa told the magazine, referencing Archie’s relationship with teacher Ms. Grundy (Sarah Habel). “I knew who Ms. Grundy was and she was definitely not the same Ms. Grundy that we have on our show. So that was surprising for me.”

In an interview with TVNZ when he first got the job on Shortland Street, Apa said he had some real-life similarities with his character. “We are both protective of our sisters. We are both fairly sporty and play rugby,” he said. When asked what his favorite TV show is, he enthusiastically told the site, Top Gear.

2. Apa Didn’t Grow Up as a Fan of Archie Comics

K.J. Apa is half-Samoan. Here he is with his father. (Instagram/KJ Apa)

Apa, who does have to dye his hair to get Archie’s signature red hairdo, told Teen Vogue that not being a big fan of the original Archie Comics gives his an advantage on Riverdale.

“I think me not being a massive fan of the comic was beneficial in a way because I could have the script for the pilot as my main focus,” Apa noted in that interview. “The show is really different from the comic.”

Apa told the magazine that the show shares more in common with the 2015 reboot comic series, written by acclaimed writer Mark Waid and drawn by Fiona Staples. Staples was responsible for the overall look of the series after drawing the first three issues.

Apa told MovieFone that he had no exposure to Archie before he found out he would be auditioning to play Archie. He did do some research before the audition, just to have some familiarity with the characters. 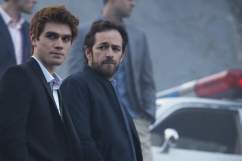 3. Apa Was Cast as Archie After a 4-Month Global Search

Apa has to dye his hair to get Archie’s trademark red/orange color. (Instagram/KJ Apa)

On February 24, 2016, Deadline confirmed that Apa won the role after a four-month talent search. In an interview with the New Zealand Herald, Apa said even he was surprised to get the part.

Long before working on Riverdale, Apa was cast in A Dog’s Purpose, alongside Britt Robertson and Dennis Quaid. That film, directed by Lasse Hallstrom, opens in theaters on January 27. He plays a younger version of Quaid’s character.

Apa has responded to the controversial on-set video that appears to show a dog being treated inhumanely on the set of A Dog’s Purpose. In a message to fans on Twitter, Apa said that he would “never attach myself to a project that didn’t treat animals with the utmost care, and honestly, the possibility that an animal could’ve been hurt is troubling to me.”

In light of recent events pic.twitter.com/daYORvMSX0

4. Apa Has to Dye His Hair to Get Archie’s Signature Orange Look & Was in a Salon for 10 Hours

Apa does not naturally have red (or orange) hair like Archie does in the comics. In his MovieFone interview, Apa said it takes 10 hours in the salon to get the “right shade of orange.”

“That took ages, but they ended up getting it right. Once they had gotten it and I had seen it, and it had set with me a bit, I was happy. That was because I wanted it to be real,” he explained to MovieFone.

“I didn’t want to step into this for it to look so bizarre that no one is going to believe it, because otherwise I wouldn’t want to play the character,” Apa told the site. “I’d want the character to be perfect. I think we got there, and I’m lucky that, because I have dark brown hair, I’m lucky that it kind of works. So yeah, it made me really happy to see that it looked good.”

Apa has credited co-star Cole Sprouse with helping him get comfortable on set and understanding the importance of Archie. After all, the former Suite Life of Zack and Cody star once worked in a comic book shop. In his MovieFone interview, Apa recalled:

He used to work at a comic shop! I went to the comic shop with him. He knew all the guys there. I couldn’t believe he used to work at a comic shop. But yeah, it was amazing to me to realize the love that people have for these comics. I didn’t realize it. Yeah, I didn’t realize that there was this whole other world out there. I wasn’t much of a comic book reader. My dad kind of was. My dad grew up reading the comics as well. He grew up in Samoa, which is just a tiny little island. So it just shows how much reach that this franchise has.

5. Apa Is Half-Somoan & Has a Tattoo to Remember His Father’s Family

This photo of KJ Apa on the set of A Dog’s Purpose shows off his tattoo. (Instagram/KJ Apa)

Apa is half-Samoan and traveled to Samoa when he was 17, after his grandfather died. While there, he got a tattoo with designs that represent his family. The designs come from the village of Moat’a.

“My dad’s father was a high chief … and the family agreed my dad would take over his chief title: Tupa’i,” Apa told the New Zealand Herald in 2014. “Later, we decided to get a tattoo to commemorate that.”

“I’d love to get my whole body tatted up. I love Polynesian and Samoan designs,” Apa told the Herald. “The original plan was that this would be the start of a sleeve tattoo, but I think I need to get big arms first.”