Rachael Ray, the host of Rachael Ray and three Food Network shows, is married to musician John M. Cusimano. The 49-year-old Cusimano is the lead singer of the band The Cringe, which has released five independent albums.

The couple has been married since 2005 and do not have any children.

On December 22, 2017, Cusimano joined his wife on Rachael Ray as her co-host.

1. Cusimano Is the Lead Singer & Songwriter for The Cringe 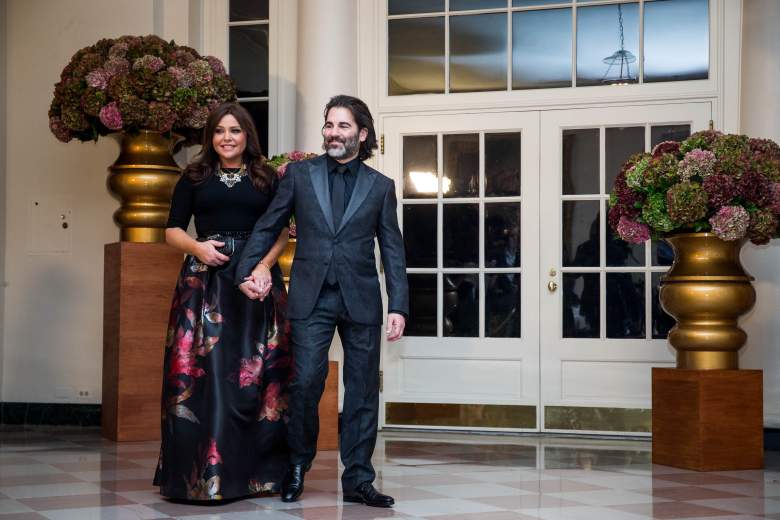 Cusimano is the lead singer, songwriter and guitarist for The Cringe, an independent rock band. The other members of the group are lead guitarist James Rotondi, bassist Jonny Blaze and drummer Shawn Pelton. They released their fifth album, Blind Spot, in 2015 and are based in Lower Manhattan. They’ve opened for Steel Panther, Fuel, Motley Crue and The New York Dolls.

“Ever since I was a kid I’ve been drawn to creative arts and expression. I can’t dance and I can’t draw, so that left me with music,” Cusimano said in an interview with AXS.com.

He went on to explain, “It’s been like a dream come true for me and the guys in the bands. We were luck enough to land these dates with Mötley Crüe and Alice Cooper who we were all fans of anyway and doing all arena shows which is the largest tour we’ve mounted.”

2. They Renewed Their Wedding Vows in October 2015 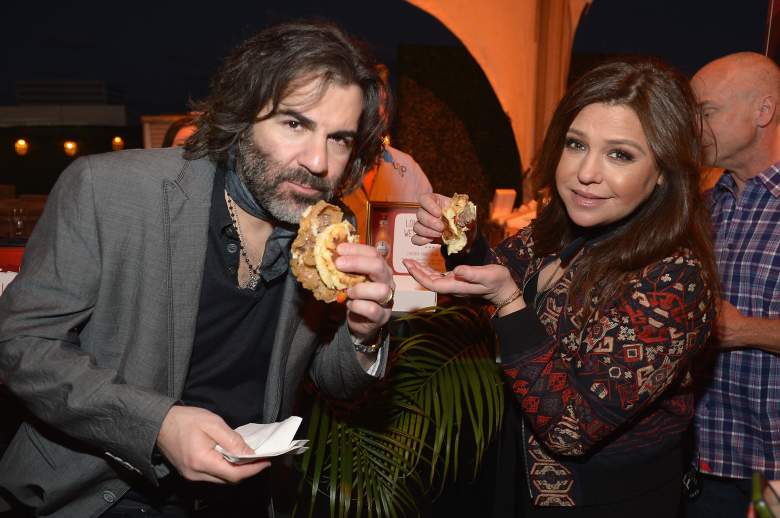 As with many celebrity couples, the 48-year-old Ray and Cusimano have fought countless divorce rumors from tabloids over the years. However, they tried to put those to bed in October 2015 by renewing their vows in a ceremony in Italy. It was how they celebrated their 10th anniversary at the same Tuscan castle where they tied the knot.

In an interview with People Magazine, Ray said their love can be summed up in Charles Bernstein’s poem “All the Whiskey in Heaven,” which she read as her vows.

“It basically says, ‘Under any circumstance, I would still choose you and I would still be with you. And I love you more than all the whiskey in heaven,” she told People Magazine. “In knowing my husband, there wasn’t a dry eye in the house.”

For the ceremony in 2015, they flew 100 of their closest friends and family to Italy.

“We’ve done this celebration every year for 10 years,” Ray told People. “We’re very busy; I have five jobs. We don’t see everybody often enough, and we probably take them and their friendship for granted. But they make us better people for knowing them.”

3. The Couple Met at a Mutual Friend’s Birthday Party & Haven’t Stopped Talking Since 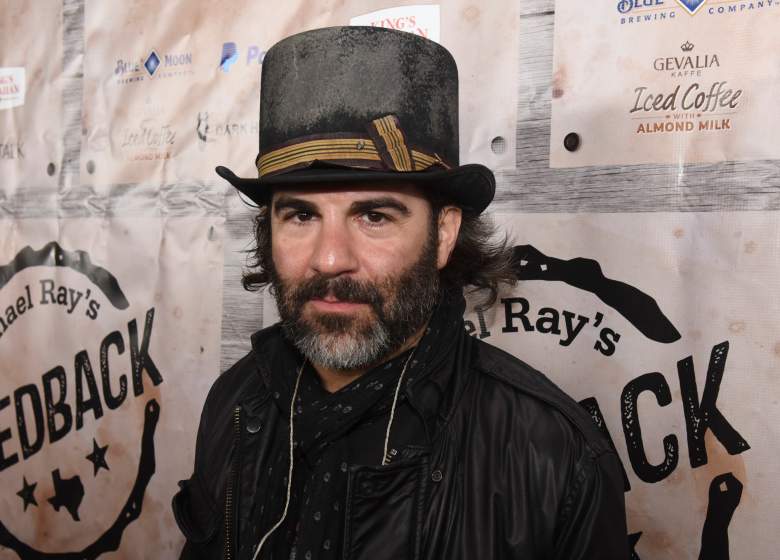 In a 2014 interview with AOL.com, Ray recalled how she met Cusimano. She said the two first met at a mutual friend’s birthday party.

“We walked directly across the room to each other … my husband and I have been together on the phone or in person every single day since the night we met,” she said. “He’s a lawyer, and he has a rock band.”

He also does the dishes and contributed to some of Ray’s cookbooks. He wrote the foreword to Rachael Ray’s Book of 10: More Than 300 Recipes to Cook Every Day and co-wrote My Year in Meals and My Year in Cocktails.

According to Cusimano’s Martindale.com bio, he earned his J.D. from Benjamin N. Cardozo School of Law, Yeshiva University in 1994.

4. Ray Had to Deny Rumors That Cusimano Went to a Swingers Club in 2013 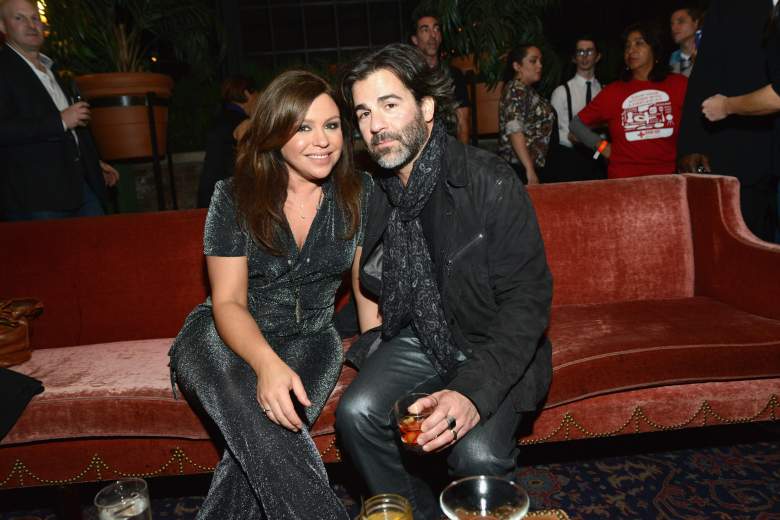 In just one example of the rumors Cusimano and Ray have had to fight, the couple had to deny a 2013 rumor in the National Inquirer that he was seen at a singer’s club in Manhattan without his wife. “After a bit of socializing at the buffet and the bar, John would always make his way to the back room. And every time he was observed in the coed locker room, he never took a shower alone,” a source told the tabloid.

However, a representative for Ray called the story totally false.

“This is yet another pack of lies printed by the National Enquirer who have been targeting John and Rachael for several years with no merit,” the rep told Fox News. “As noted in the story, John’s lawyers have been in contact with the Enquirer and are exploring legal action against the publication for defamation.”

“Everybody gossips … but this stuff is hurting people’s feelings who are in our families and friends of ours,” Ray told her audience back in 2007. “They worry about us.” 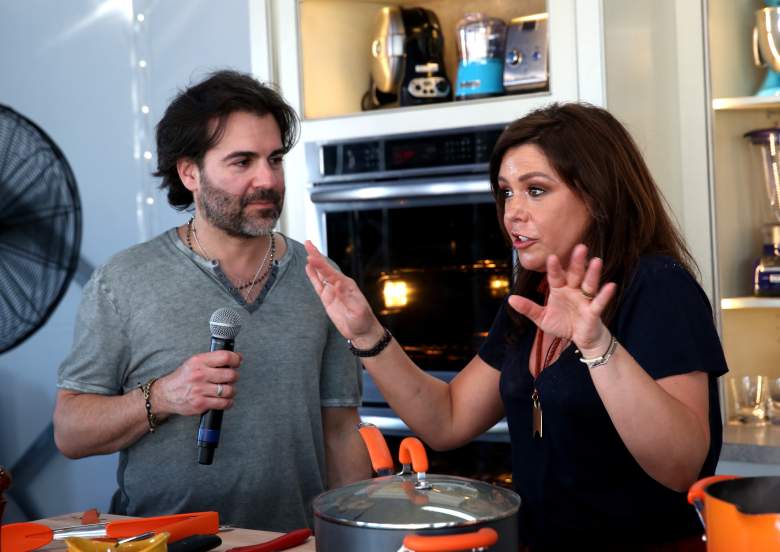 Unsurprisingly, the biggest Cringe fan is Ray. Cusimano told Billboard in 2015 that his wife has shown unwavering support for the group.

“She’s our best and biggest fan, tremendously supportive whether it’s on social media or talking about it on the show, which is great,” Cusimano told Billboard. “We’ve done the show a few times already. Sometimes people have preconceived notions if they know Rachael and don’t know The Cringe and they scratch their heads; it’s a disconnect for them. But by and large it offers more exposure for the band in a good way. Her support of the band is undeniable.” 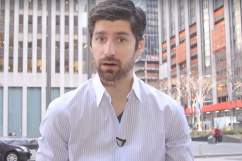