In her first public comments on her divorce from Brad Pitt, Angelina Jolie told the BBC through tears that it has been “very difficult,” but “We’ll always be a family.”

The 41-year-old Jolie sat down for an interview with the BBC’s Yalda Hakim in Cambodia, where she was promoting her new film First They Killed My Father. In the interview, Hakim asked about an “incident” that ultimately led to the divorce. The journalist was referring to an alleged incident with Pitt and their 15-year-old son Maddox on their private plane. Pitt was investigated by the FBI for alleged child abuse, but the case was closed in November with no charges filed.

“I don’t want to say very much about that, except to say that it was a very difficult time,” Jolie replied. “And we are a family. We’ll always be a family. And we will get through this time, and hopefully be a stronger family when we get through it.” 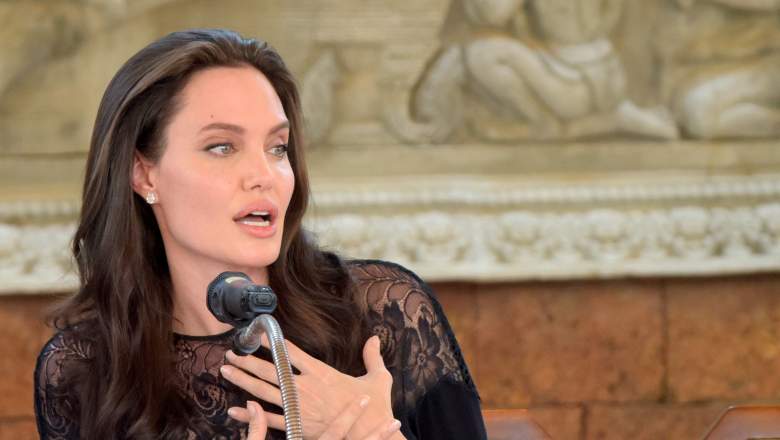 When asked how she has been coping, Jolie took a deep breathe before continuing.

“Many people find themselves in this situation. My whole family have all been through a difficult time. My focus is my children, our children,” Jolie said. “We are and forever will be a family and so that is how I am coping. I am coping with finding a way through to make sure that this somehow makes us stronger and closer.”

Pitt gave his first interview after the divorce in November 2016, since he had to promote Robert Zemeckis’ Allied. It was during a Facebook Live red carpet event. He didn’t discuss the divorce, but said it was “nice to have the support” of his fans.

Jolie and Pitt announced their decision to divorce in September. The couple married in 2014, but they began dating in 2005 after meeting while making Mr. & Mrs. Smith. Jolie has six children – Maddox, Pax, Zahara, Shiloh, Knox and Vivienne. Twins Knox and Vivienne are her only biological children. Maddox was born in Cambodia.

Jolie was asked about President Donald Trump, but wouldn’t speak about any specific policies the new president has enacted. However, she said she thinks dividing people by race is “un-American.”

“The American people are bigger than any president. I suppose I have faith in my country and in what it is founded on and the values we hold dear,” Jolie said. “I believe that many of the things that we’re hearing that we feel are based on a sense of spreading fear or hate or dividing people by race or judgement is un-American.”

First They Killed My Father: A Daughter of Cambodia Remembers is a documentary Jolie directed that tells the story of author Loung Ung during the rule of Khmer Rouge. She also directed herself and Pitt in 2015’s By The Sea. Her new film will be released by Netflix.