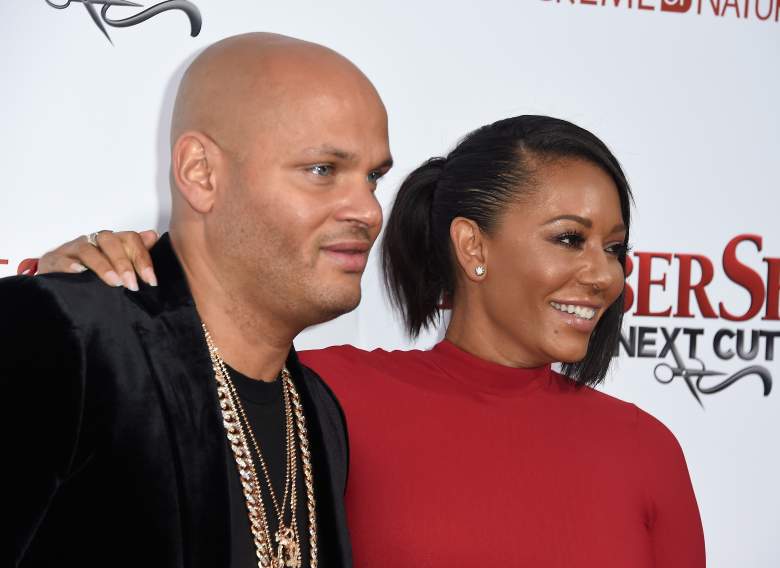 Former Spice Girl Mel B has been granted a restraining order against her estranged husband, Stephen Belafonte, after claiming that he abused and sexually exploited her.

The news comes just days after federal agents searched Belafonte’s home, after the producer’s brother claimed he had a gun, which he is not allowed to do because of a previous domestic violence conviction reports TMZ. Along with possessing a firearm, according to the outlet, Mel B has said that Belafonte has threatened her with violence and beat her.

Read on to learn more about Stephen Belafonte.

1. Mel B Was Granted a Restraining Order Monday After Alleging Abuse 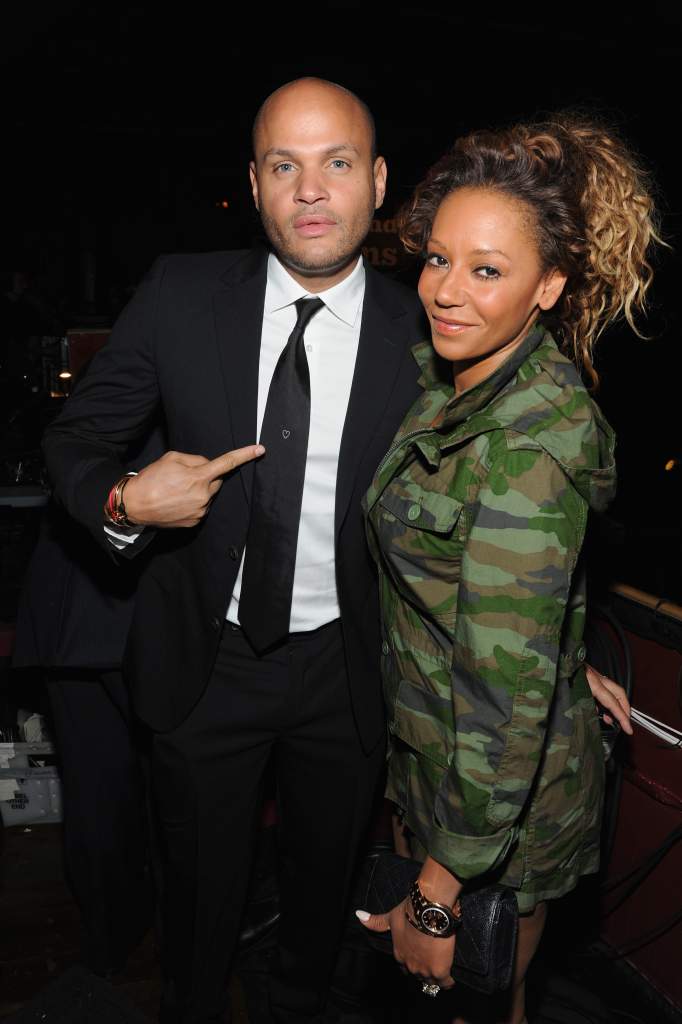 On Monday, Melanie Brown (better known as pop star Mel B) was granted a restraining order against Belafonte, according to TMZ, claiming that he has beaten and sexually exploited her. The former Spice Girl says that her now estranged husband forced her to have sex with him and other women and also threatened to release the couple’s sex tapes.

In Brown’s declaration, obtained by TMZ, the former pop star says that Belafonte also got the couple’s nanny pregnant, and told Mel he wanted to keep the baby and “all three of us live together.”

She also writes that in 2012, before filming a segment for X Factor with Usher, an angry Belafonte punched her in the face, splitting open her lip. One month later, after Mel B had performed at the opening ceremonies in London, she claims he once again punched her and pushed her to the ground.

In a copy of the declaration obtained by TMZ, Brown writes, “During my relationship with Respondent I was subjected to multiple beatings which are documented in photographs.” She continues on, “I fear that Respondent’s character trait for violence, my prior physical beatings by him, his willingness to violate both federal and state law by possessing a handgun – he knows no bounds.” 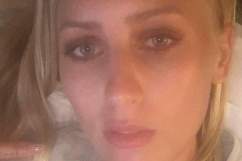 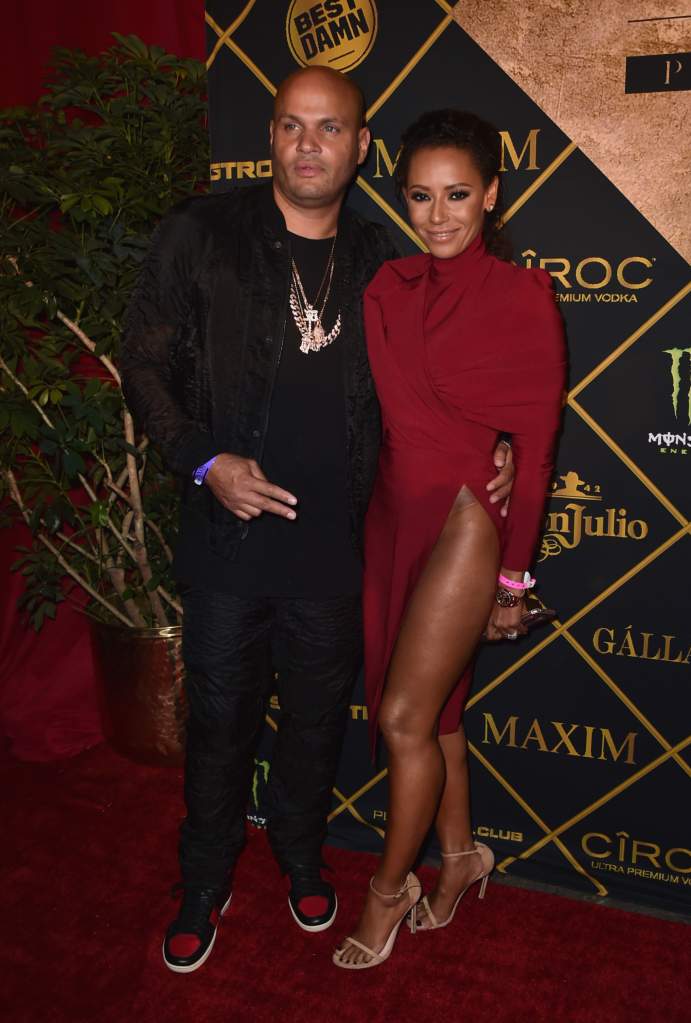 Mel B began dating Belafonte in 2007. They married after five months, in a secret ceremony in Las Vegas, Nevada, and gave birth to their daughter, Madison Brown Belafonte, in September 2011. Brown filed for divorce from Belafonte in March of this year, though they were reported to be separated by December 2016.

Prior to the film producer, Mel B was married to Dutch dancer Jimmy Gulzar. The couple was together from 1998 to 2000, and gave birth to their daughter, Phoenix Chi Gulzar, in February 1999.

After her divorce from Gulzar, Mel B dated actor Max Beesley, film producer Christine Crokos, and actor Eddie Murphy. Murphy is the father of Mel’s second child– a daughter named Angel Iris Murphy Brown, who was born in 2007.

3. Even After Separating, Mel B Continued to Publicly Express Her Love for Her Husband via Social Media

Though divorce papers obtained by People list the date of separation as December 28, the couple has seemed as in love as ever on their social media accounts.

Just eight weeks ago, Brown posted the pic above with the caption: “My baby boo @stephenthinks11 we have been through everything that would normally tear couples apart and we have come out on the other side stronger,you loved me before I even new how to really love myself,you are my world honey and let’s not forget you are abit of a dickhead too xxxx #tenyearsmarried #fightfortheineyoulove #theysaiditwouldntlast #bitcheswishtheyhadthis #nowtalkaboutme.”

Two weeks prior, Mel B also posted the Instagram pic below, with a caption reading: “Snuggle time at our house right now,I love my family more than anything in the whole wide world,hurry up and get home Phoenix,I feel very blessed to have such a tight bond,it’s unbreakable.” The post comes less than two weeks after the date she lists in the divorce papers as when the couple separated.

4. Belafonte Works as a Film Producer and Director 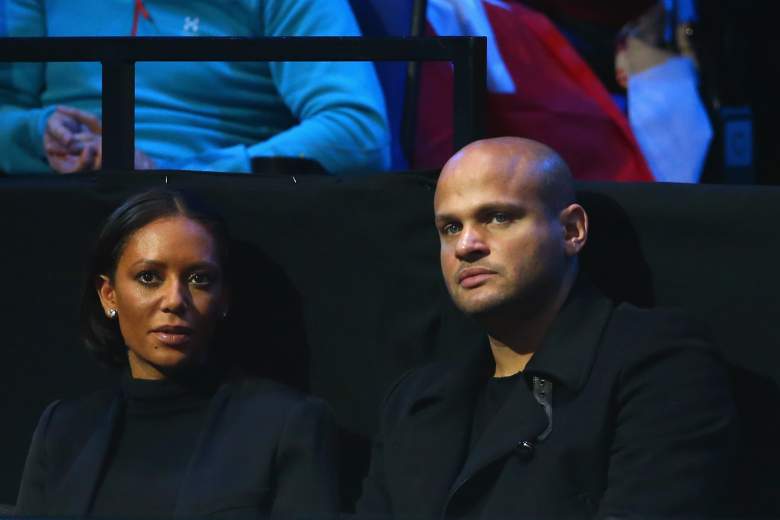 X-factor judge and Spice Girl, Mel B and husband Stephen Belafonte watch Marin Cilic of Croatia in action in the round robin singles match against Stan Wawrinka of Switzerland on day six of the Barclays ATP World Tour Finals at O2 Arena on November 14, 2014 in London, England. (Getty Images)

His most recent credit, according to IMDB, is the 2010 TV series, Mel B: It’s a Scary World.

Idon't usually respond to Twitter msgs but I will respond to comments of hitting my wife which I think are quite disgusting un true!

In December 2014, rumors of domestic abuse surfaced after Mel B showed up to film an episode of The X Factor UK with bruises on her body and face. Fans speculated that Belafonte was responsible for the damage, and Belafonte took to Twitter in response, with a post that read, “I don’t usually respond to Twitter msgs but I will respond to comments of hitting my wife which I think are quite disgusting un true!”

Days later, Belafonte, herself, posted an Instagram picture with the caption: “This is for my fans havin problems with my Twitter will be back soon! I’m very good was very polly but much better now and for the record my hubby never would lay a hand on me sorry took so long but any response fuels rumors #lovemyfamily #lovemyfans.”

This is for my fans havin problems with my Twitter will be back soon! I'm very good was very polly but much better now and for the record my hubby never would lay a hand on me sorry took so long but any response fuels rumors #lovemyfamily #lovemyfans 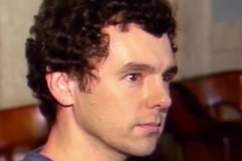