Happy Valentine's Day to the prettiest one! You're the best and I miss ya while on tour. I'll call you and tell you all the real ewwey gooey stuff. I can't post that on social media as I have to maintain my public persona of being renegade bad boy. Here's a pic of you laughing at my "aggressive dancing".

Adam Devine is the host of the 2017 MTV Movie & TV Awards tonight and the Mike and Dave Need Wedding Dates star is sure to have some support from his girlfriend Chloe Bridges. Some may recognize Bridges from the show Pretty Little Liars. Devine and his girlfriend reportedly met in 2015 when working together on the film The Final Girls, according to Elite Daily.

When it comes to the dynamics of their relationship, Devine tells People that he does his best to stay on Bridges’ good side. He explains that:

I do my best to not get too deep in the doghouse. I’m still a child to where I think that, like, attacking her with smooches is the best way to do it. You know, I haven’t really done anything that’ll get me in trouble, so usually my aggressive smooch-attack will get me out of most trouble. So far so good.

So, let’s get some more info on Bridges … In addition to playing the role of Sydney Driscoll on PLL, she has also had parts on shows and in different movies including 90210, Camp Rock 2: The Final Jam, and The Carrie Diaries. Bustle also reports that she is due to appear in the upcoming VH1 drama series Daytime Divas.

I try to keep my affection pretty subtle

When Bridges isn’t on your television screen, she likes to have fun and tells Talk Nerdy With Us about some of her guilty pleasures, saying:

I’m a nerd about the TV shows I watch, but probably the thing I am nerdiest about is Harry Potter. I’m trying to tone it down, because I’ve recently found that there are some generation gaps in certain things. Everyone my age, for sure, they’ll get my Harry Potter references. Sometimes I’ll be talking to people who are like ten years older than me and they won’t know what I’m talking about and I’m like, “Dang it! That was a great reference and you didn’t understand.” I’m trying to tone it down a little bit, but no, everything pretty much makes me think of Harry Potter. 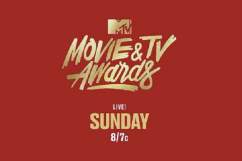 Read More
Celebrities, Dating
Who is Adam Devine dating? Get to know details on his girlfriend Chloe Bridges here.