Hunter Salomon, whose restraining order Conrad Hilton is accused of violating in his latest arrest, is the daughter of the man who filmed an infamous sex tape with Conrad’s more famous sister, Paris.

Conrad Hilton, 23, was arrested and accused of trying to break into the home of E.G. Daily, the mother of Hunter, in a failed bid to reach Hunter, who has had a restraining order against him since a previous 2015 break-in, according to Fox News.

Hunter, 21, who is sometimes known as Hunter Daily or Hunter Daily Salomon, is a sometime model, actress, and singer. Her parents have both had brushes with celebrity, dating and marrying some of the most famous people in Hollywood.

Conrad Hilton was “charged with grand theft auto and violation of a restraining order,” reports Fox. Hunter made a cryptic comment on Twitter after news of Conrad Hilton’s latest arrest broke:

Honestly life keeps getting weirder and weirder, you just gotta keep your head up and stay strong.

1. Hunter’s Father Rick Was Married to Pamela Anderson & Made an Infamous Sex Tape With Paris Hilton 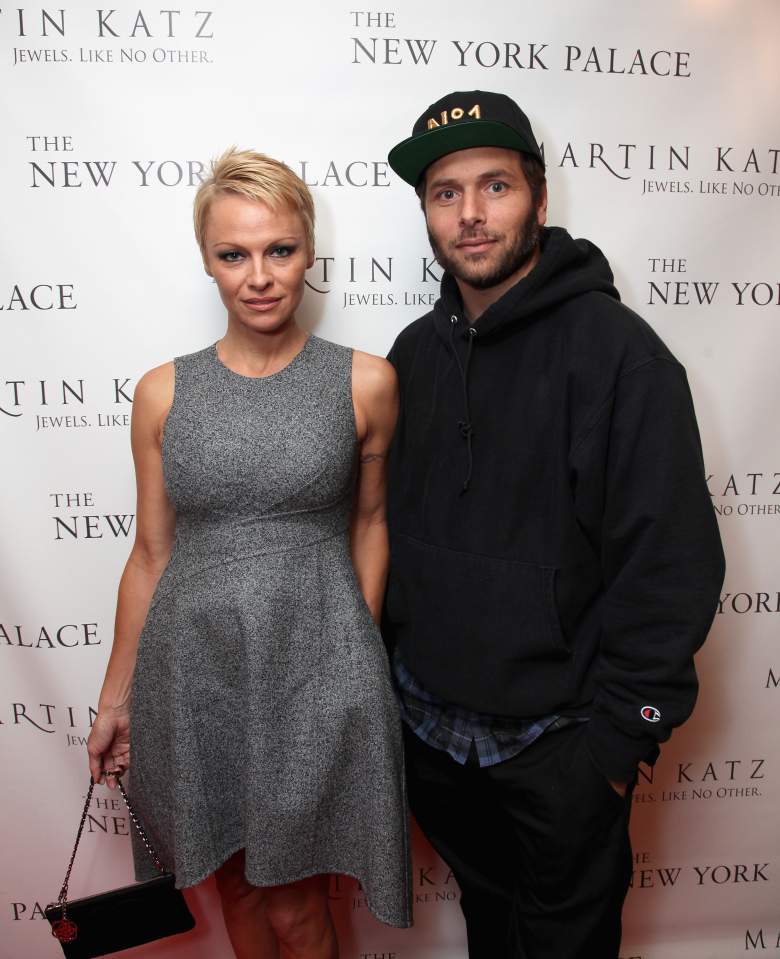 Hunter Salomon is the daughter of Rick Salomon, who married and divorced former Baywatch actress Pamela Anderson. Their relationship ruptured with Anderson filing a restraining order against Salomon in 2015 and a slew of ugly back-and-forth allegations flying around, US Magazine reports.

The sex tape, which hit the Internet 13 years ago, was called “One Night in Paris.”

IMDB reports that Rick Salomon was born in New Jersey and is an “independent film producer” who owns an on-line gambling site. His daughter, Hunter, was born on March 14, 1996, and is his daughter with ex wife, Elizabeth Daily, with whom he had two daughters (Hunter’s sister, Tyson, was born in 1998.) 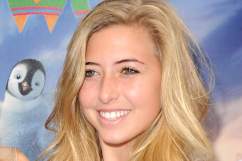 2. Conrad Hilton Is Accused of Stealing Rick Salomon’s Bentley in an Attempt to Reach Hunter, Who Has Filled Her Twitter Page With Philosophical Laments 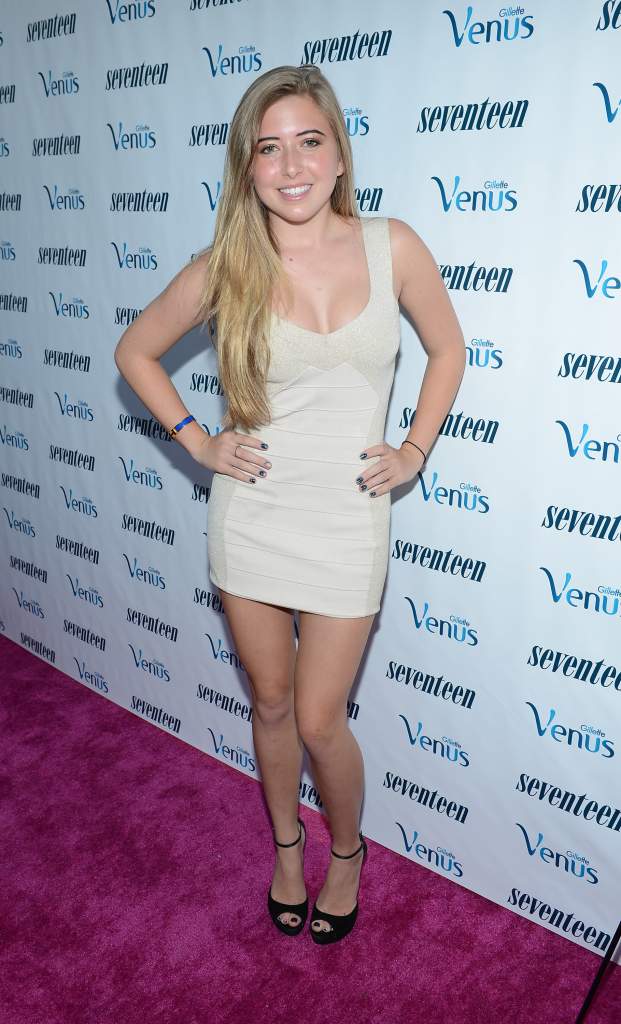 According to The New York Daily News, Conrad Hilton arrived at the home of Hunter’s mother “in the Bentley of her own father, Rick Salomon, which he stole from his address.”

Conrad “Hilton was found inside of a Bentley, owned by the victim’s father Rick Salomon, outside of the home in the Hollywood Hills around 4:50 a.m.,” according to Fox. Hunter’s mother, Elizabeth (otherwise known as E.G.) Daily told TMZ that “Conrad’s erratic behavior toward her and her daughter Hunter has been going on for years, and she could have called cops on him many times.”

She told the entertainment site that she’s been in touch with Rick and Kathy Hilton, his parents, “and tried to cut Conrad a break — but thinks it’s clear he needs serious help.” TMZ reports that Conrad is accused of breaking into Daily’s house and that she has had to get round-the-clock security because of him.

Suns out tongues out ?

It’s believed he was trying to see Hunter, reports The Daily News.

Hunter’s Twitter page is filled with philosophical sayings. Here are some examples of her recent tweets:

You always one decision away from a totally different life.

She didn't leave you for making too many mistakes, she left because you made the same mistake too many times.

Being present is harder then it seems #beherenow

Always in my own world

She wrote that a friend had called her a “Lizzy Maguire type.”

3. Salomon Dated Conrad Hilton Until 2014 & Has Accused the Hotel Heir of Threatening to Kill Himself & Making Unwanted Visits 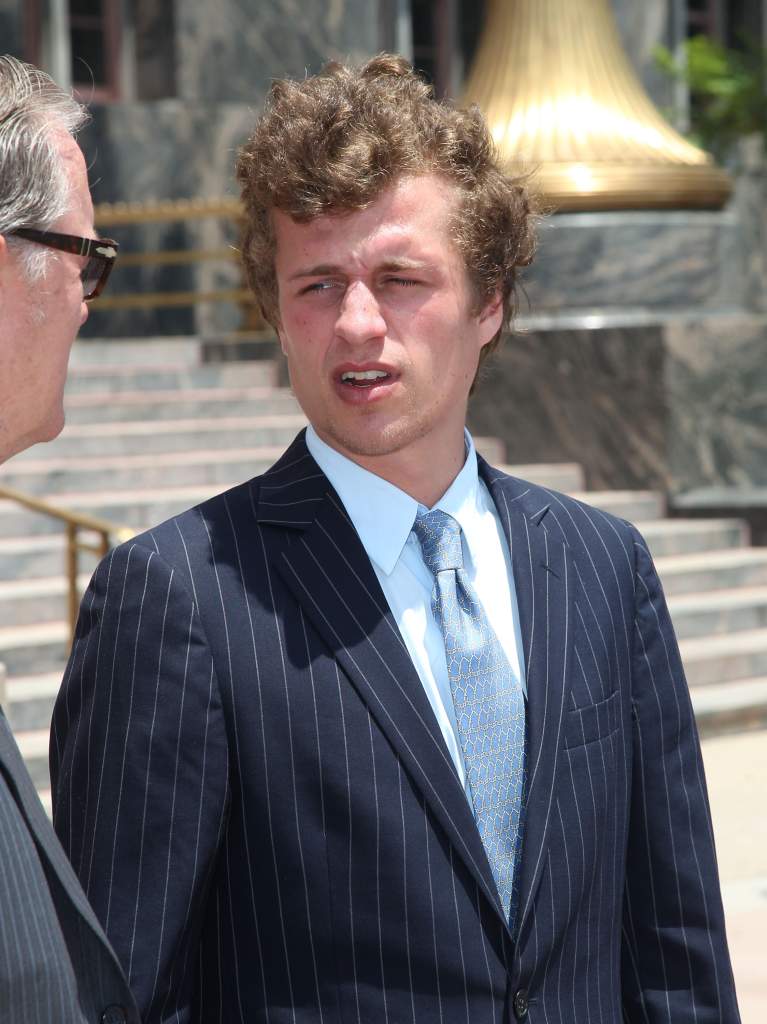 Conrad Hilton (R) and his Father Richard Hilton attend court for Conrad’s sentencing after causing a disturbance aboard an international flight from London to Los Angeles last summer at Roybal Federal Building on June 16, 2015 in Los Angeles, California. Hilton was sentenced to community service and three years of probation. (Getty)

Things have been scary in the Salomon-Conrad Hilton dynamic for some time.

In 2016, the UK Daily Mail reported that Hunter Salomon “had been granted a temporary restraining order against him in the summer of 2015, Conrad was taken into custody for breaking into her home.”

In that instance, Hunter claimed in legal documents “that the hotel heir threatened to kill himself after showing up at her home,” reports Daily Mail. “Hunter allegedly said that she dated Conrad years ago and that he started coming to her house and acting in a worrying manner last September.”

Described as an “aspiring actress,” Hunter “alleged that Conrad would regularly try to visit her during the day and night, and… refused to leave her home,”in the earlier incident, reports Daily Mail. MSN reports that Hunter is also a model and reports that her romance with Conrad Hilton ended in 2014.

“The model alleged he was potentially violent, and repeatedly made unwanted visits to her mother’s home. In once instance, she maintained Hilton demanded to ‘just see me before he kills himself,” the site reported in 2016.

Conrad Hilton is the grandson of the hotelier of the same name, and he’s been accused in the past of drug problems as well as shouting “‘I am going to f–king kill you’ to multiple flight attendants during a 2014 flight,” reports The Daily News. 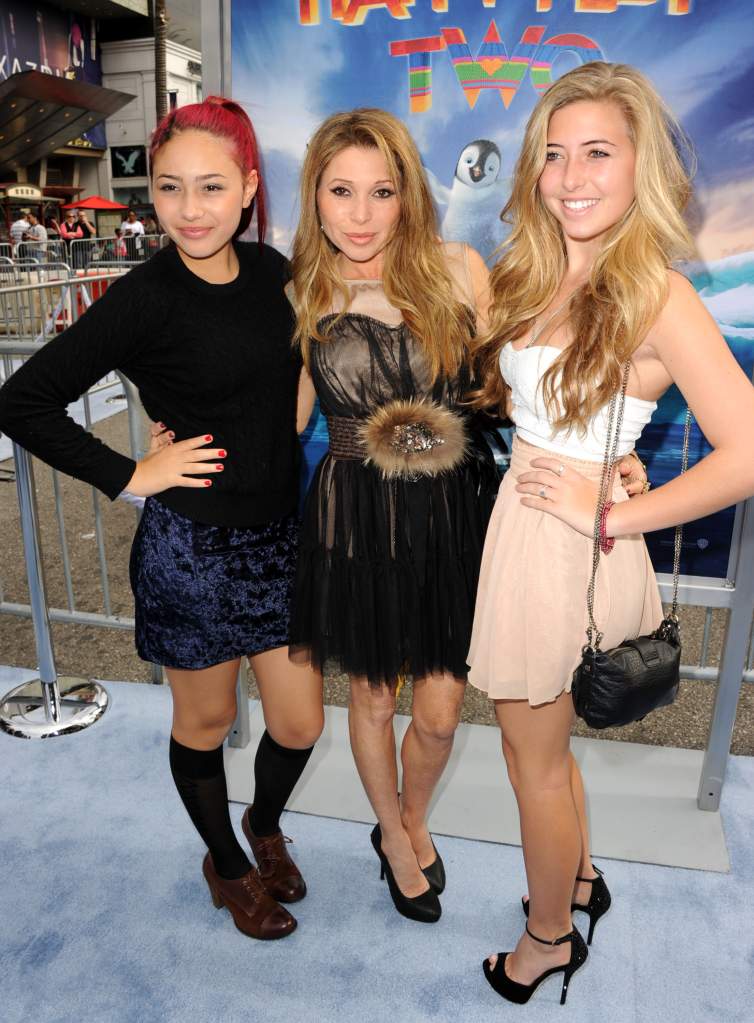 It’s not only Hunter and her father who have ties to famous celebrities. Her mother, Elizabeth Daily, once dated Brad Pitt.

When Pitt famously was accused of an altercation with his children on a private jet right before Angelina Jolie filed for divorce, Daily came to the celebrity’s defense.

According to UK Daily Mail, Daily called Pitt a “very calm” and “gentle guy” who didn’t display a bad temper. The news site reported that Daily, who is three years older than Pitt, dated him in 1989 when he was just starting his career in Hollywood.

Hunter has also tried to break into acting. She was born in Los Angeles, and, according to IMDB, “In childhood she starred in several school musicals including Footloose, Grease, and Bugsy Malone. Her first significant on camera role was in 2004 in a short called Stop That Cycle. Since then she worked on several other projects including the new Showtime series Billions and Dear Eleanor directed by actor and director Kevin Connolly.”

Salomon has also posted photos on Twitter of herself doing a commercial shoot.

5. Hunter’s Mother Is a Successful Voice Actress & Hunter Has Said She Wants a Career In Singing 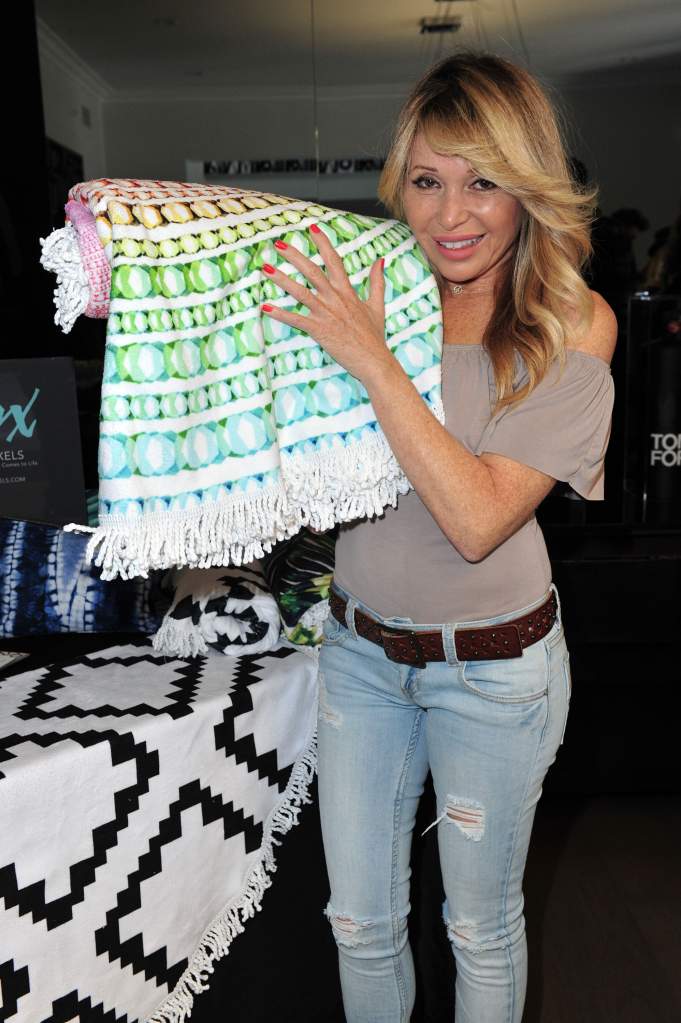 According to the UK Daily Mail, Hunter’s mother has carved out a successful career as a voice actress.

Daily “went on to become a successful voice actress by voicing the character of ‘Tommy Pickles’ in the popular cartoon ‘Rugrats’,” reports the Daily Mail. She was also the voice of Buttercup on the Powerpuff Girls, reports Galore Magazine.

Galore Magazine reports that Hunter is also a “singer-songwriter.” The magazine quoted Hunter as saying, “I would say I have a very soulful and sweet sound. My voice is very sweet. It’s definitely pop still, but with soulful, groovy vibes.” She also said of herself, “I completely identify with Pisces. We’re very go with the flow, easy to get along with. And we’re dreamers, super creative. I’m always wanting to create” and said of herself, “I’m definitely Bubbles: bubbly and sparkly.” She described her mother as her “icon.”

The New York Daily News reports that Elizabeth Daily and Rick Salomon “were married from 1995 to 2000.”

IMDB reports that Elizabeth Daily has also worked on Pee-wee’s Big Adventure (1985). She “played one of the runaways in Rod Stewart’s music video ‘Young Turks,'” the site reports.