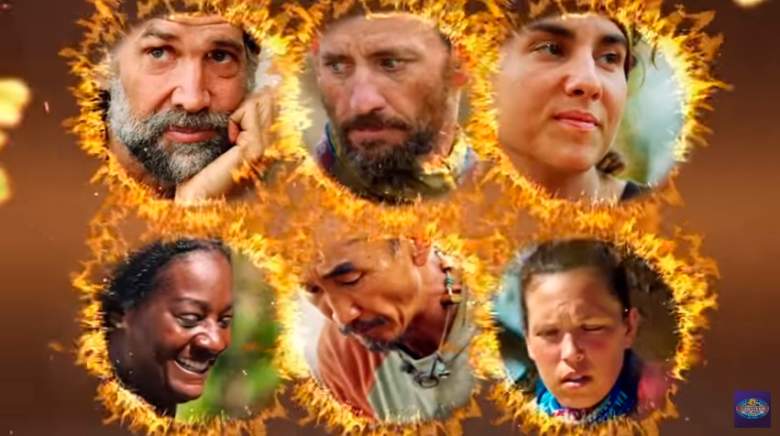 For the first time ever, twenty of the series’ major game changers were brought to compete against each other, but only one of them could be the ultimate Survivor. So, which contestant won and walked away with the $1 million prize? The winner this season is … Sarah Lacina.

The finale episode starts off on Day 35 and the contestants are trying to figure out what kind of betrayals are going down among the remaining contestants. These remaining cast members were Aubry Bracco, Brad Culpepper, Cirie Fields, Sarah Lacina, Troy “Troyzan” Robertson and Tai Trang. The first immunity challenge consisted of a giant maze, puzzle pieces and a compass puzzle. And the contestant who earned individual immunity and a reward, guaranteed in the top five, was Brad Culpepper. This was his third time winning immunity. For his reward, he chose contestants Robertson and Lacina to enjoy a meal with him.

With the contestants awaiting tribal council, scheming continues, in hopes of people saving themselves. Trang begins to worry that his destiny on the show is no longer in his hands, as Culpepper tries to sway his decisions. At tribal council, Trang decided to play a blue idol for himself and then he pulled out a red idol for his fellow contender Bracco. Right after, Lacina pulled out a Legacy advantage, followed by Robertson pulling out an idol as well. This means that no votes for any of these people count. By default, Cirie Fields is sent home, as she is the only eligible contestant for elimination. What was truly upsetting for Fields is that none of the votes tallied were for her to leave.

When there’s an alarm going off in your head, you have to listen to it. #SurvivorFinale pic.twitter.com/8uEO8nCoLO

The next immunity challenge was won again by Culpepper, who got very emotional upon winning, saying that his triumph was for Monica. This meant that Culpepper was free from the next elimination. Bracco begins to worry that she may be voted out next … and she may be right, as the others discuss her elimination. Meanwhile, Bracco tries to manipulate a way to save herself by trying to take out Robertson. At tribal council, once host Probst tallied the votes, they came out to be mostly against Bracco. And so, she was eliminated and became another member of the judgment jury.

Trang believes he is on the chopping block next and he tries to scheme with Lacina to vote out Robertson. This would lead to a tie and they would have to participate in a fire-making challenge. Lacina has to mull over her decision. Unfortunately for Trang, he ended up voted out of the competition.

The remaining three headed back to camp in order to prepare for the final tribal council where they would plead their cases to the jury as to why each of them should be the sole Survivor. On the morning of the last tribal council, the three remaining cast members dined on a full breakfast and talked to the cameras about what they’ve learned on their journey, along with their strategies for the end.

It’s never too late in the game for a #Survivor first! #SurvivorFinale pic.twitter.com/kcWFgRVgqe

For the first time ever, the jury segment was changed up to be an open forum and the final three were grilled by the members of the jury.

Of course, the results of the votes were revealed live on the reunion show, as usual. The votes were very close between Brad Culpepper and Sarah Lacina, but ultimately, Lacina had more. 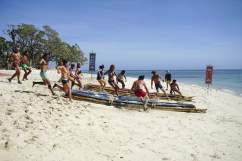 Read More
Reality TV, Survivor, TV
Who won the 2017 finale of Survivor: Game Changers tonight? Get the recap and rundown on the winner right here.