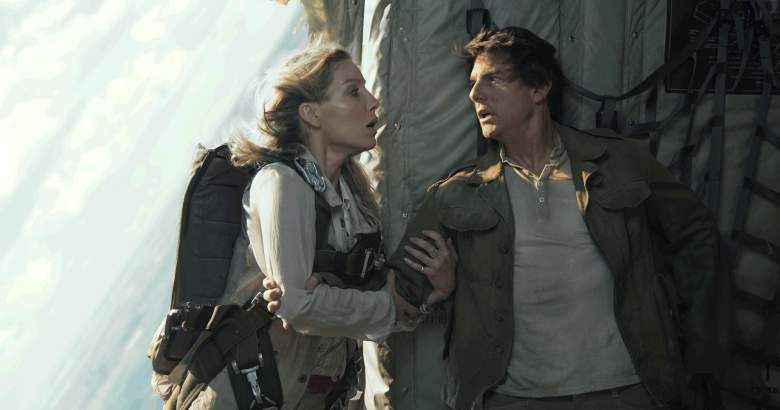 Annabelle Wallis and Tom Cruise in The Mummy. (Universal Pictures)

Considering that Tom Cruise‘s The Mummy is being used to launch Universal Pictures’ so-called “Dark Universe,” you might think that the studio would include an end credits scene to tease the next movie. However that is not the case. Once the film is over and the credits start you can head home. There is no end credit scene for The Mummy.

In an interview with IGN last month after Universal officially announced the Dark Universe, director Alex Kurtzman said they do not plan on ever having end credit scenes in these movies. The studio and the writers overseeing these films have no interest in aping Marvel Studios.

“No, no, that’s Marvel’s domain,” Kurtzman explained. “So render unto Caesar what is Caesar’s. Maybe it’ll feel more appropriate down the line, as the universe builds itself. I don’t think any of wanted to be accused of ripping off what they did so well.”

The Mummy and the Dark Universe itself are the latest attempts from Universal to revive its famous Monster Movie legacy. During the 1930s, characters like the Invisible Man, Frankenstein’s Monster, Dracula and The Mummy kept Universal alive during the Great Depression. In 1999, Universal revived the monsters with the first film in the highly successful Mummy trilogy starring Brendan Fraser.

Since that franchise limped to a finish in 2008, the studio has tried unsuccessful revivals like 2010’s The Wolfman and 2014’s Dracula Untold. That second film was actually supposed to be the start of a shared universe, but since it flopped, Universal has ignored it in the Dark Universe. Universal is hoping 2017’s The Mummy reverses the curse.

Unfortunately, it looks like Universal will need a miracle for that to happen for two reasons. First, the film has been drubbed by critics. It only has a 35 rating on Metacritic. Next, the film is likely to get buried at the domestic box office thanks to the success of Warner Bros.’ Wonder Woman.

It could really be a case of a studio putting the cart before the horse. The next movie in the Dark Universe, Bill Condon’s Bride of Frankenstein, doesn’t open until February 14, 2019. Too bad they don’t have an actress set to play the Bide yet. Javier Bardem will debut in Bride as Frankenstein’s Monster.

The Dark Universe will be connected by a single mysterious company run by Dr. Jekyll (Russell Crowe), who appears in The Mummy. Sofia Boutella plays the title role, while Cruise stars as Nick Morton.

Johnny Depp is set to play the Invisible Man, whose movie still doesn’t have a director or release date.

Read More
Movies, Tom Cruise
The Mummy is now in theaters, but you don't have to sit through all the credits. Find out if there is a post end credits scene.